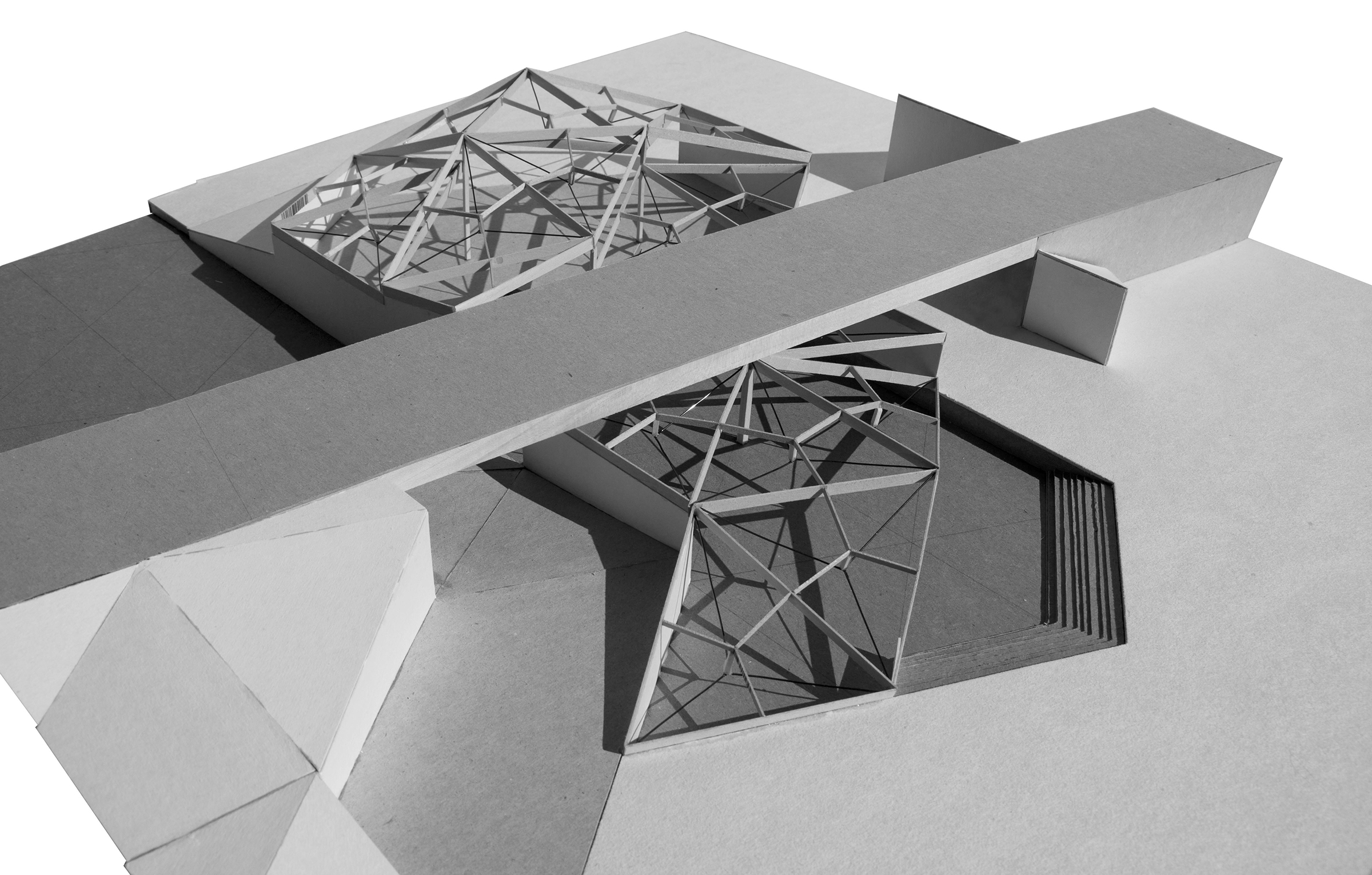 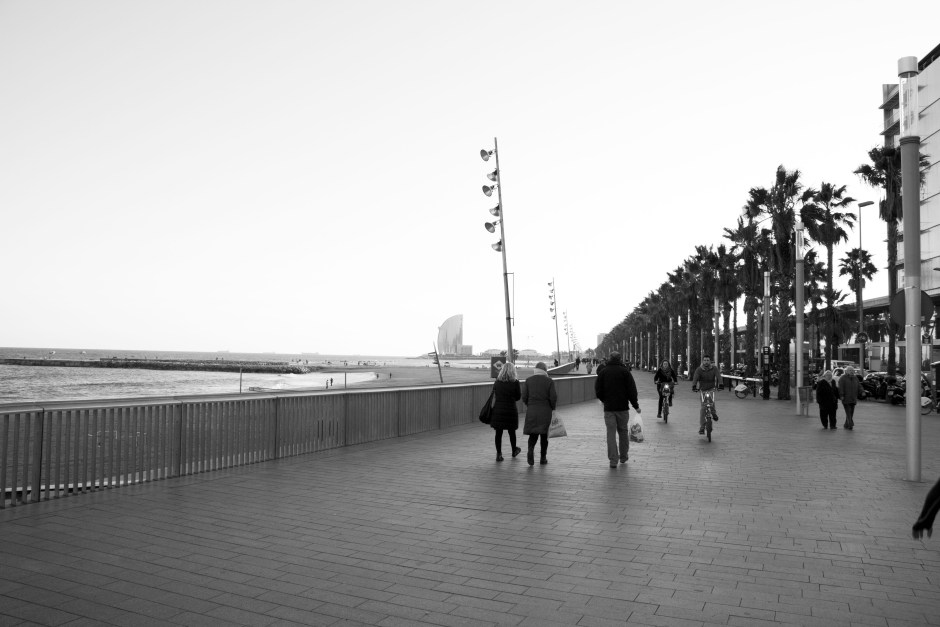 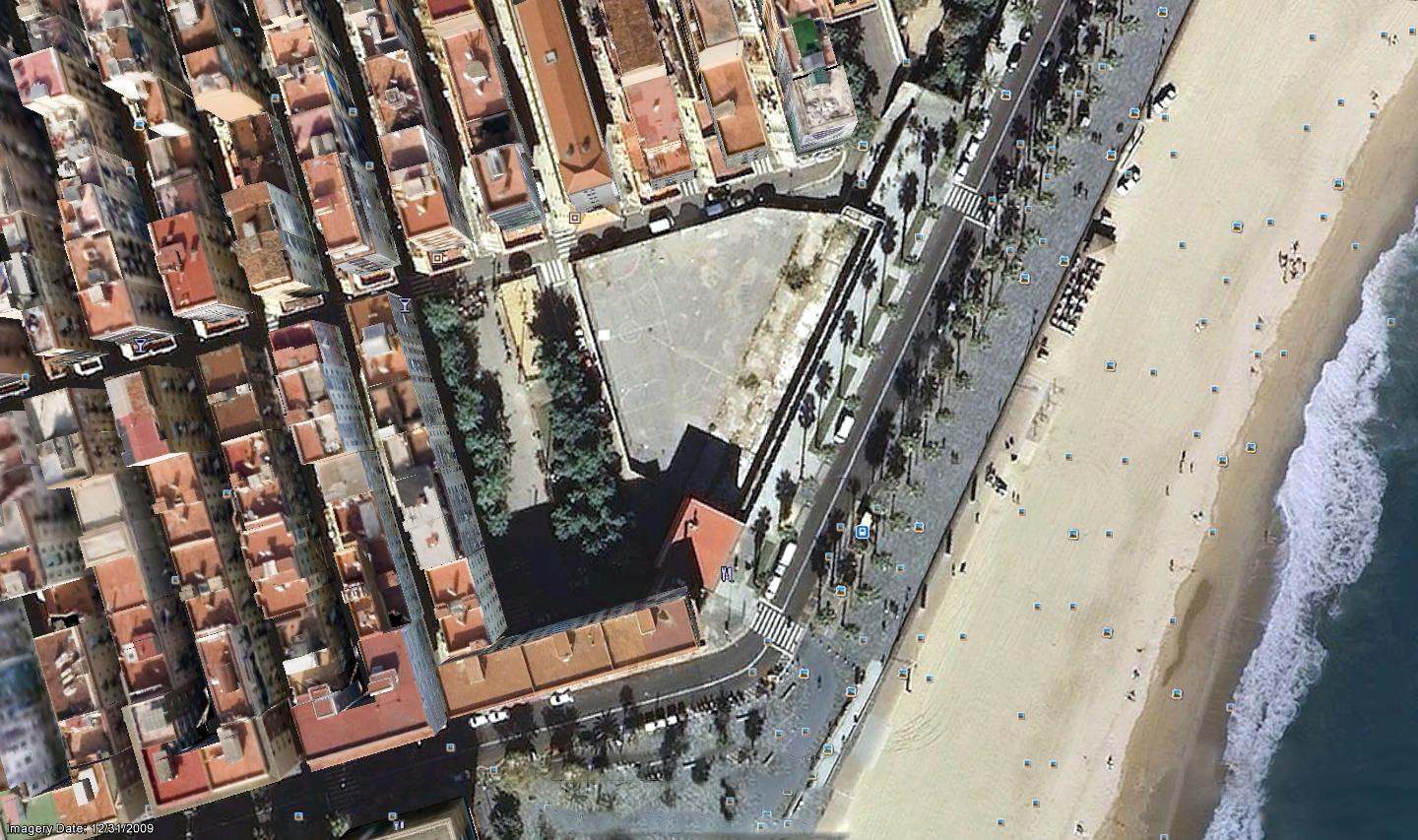 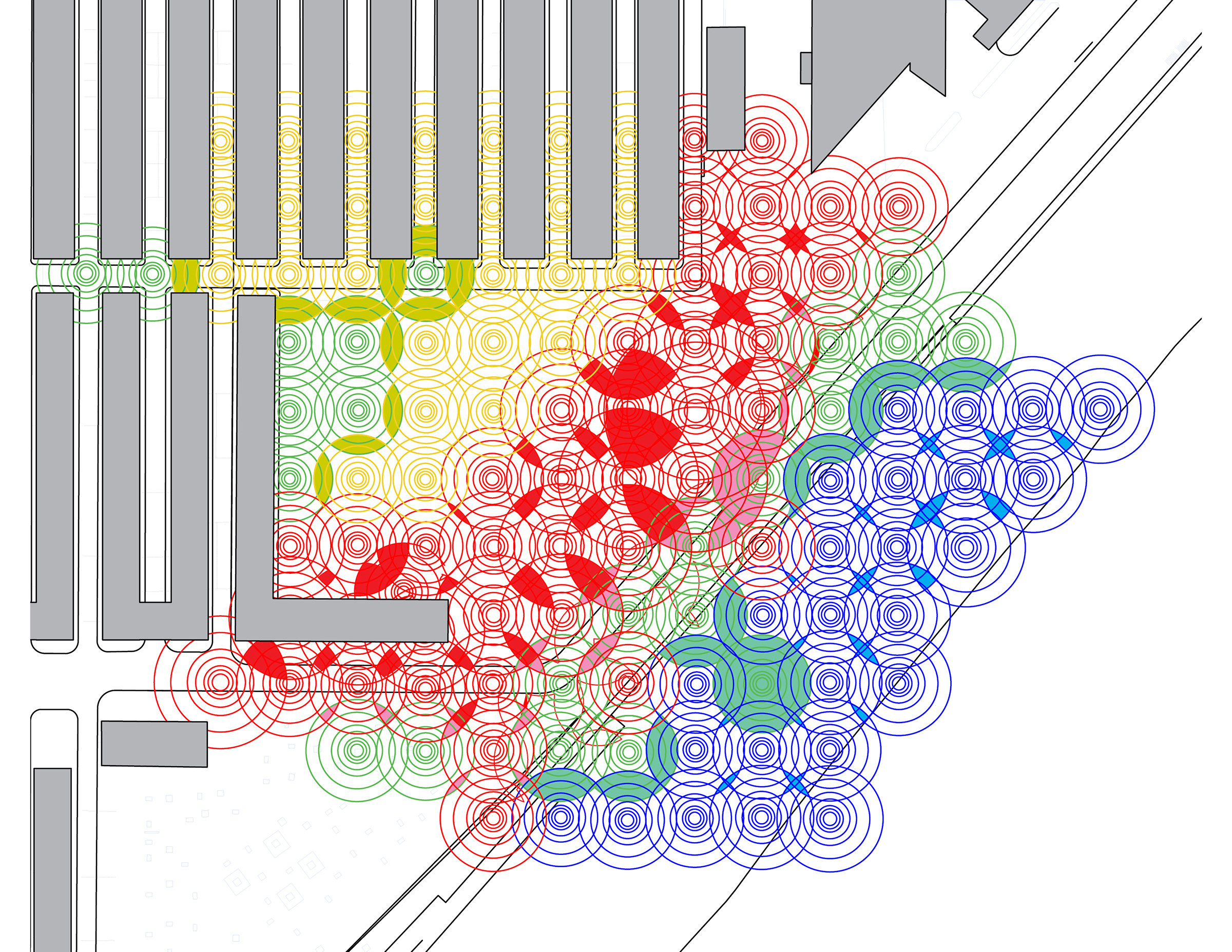 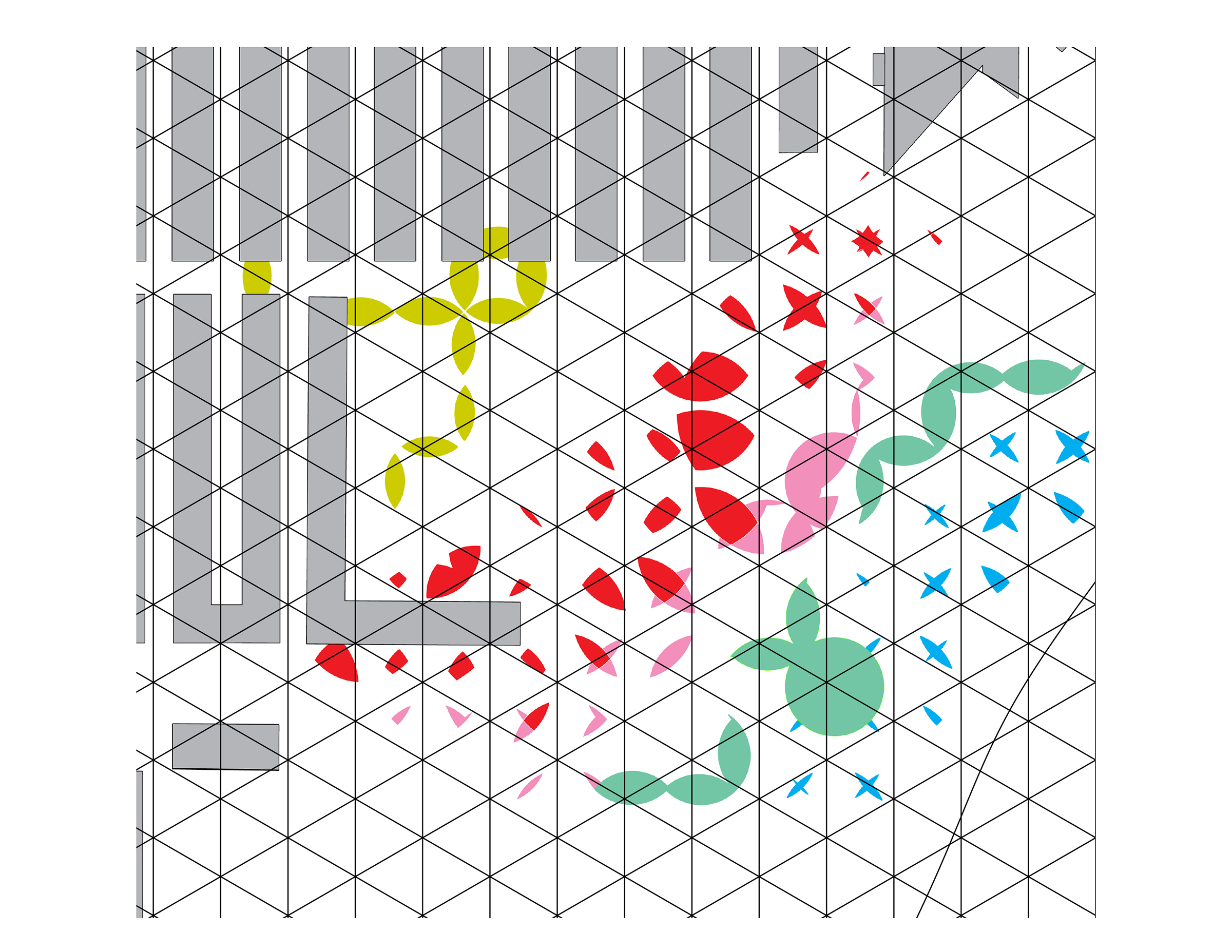 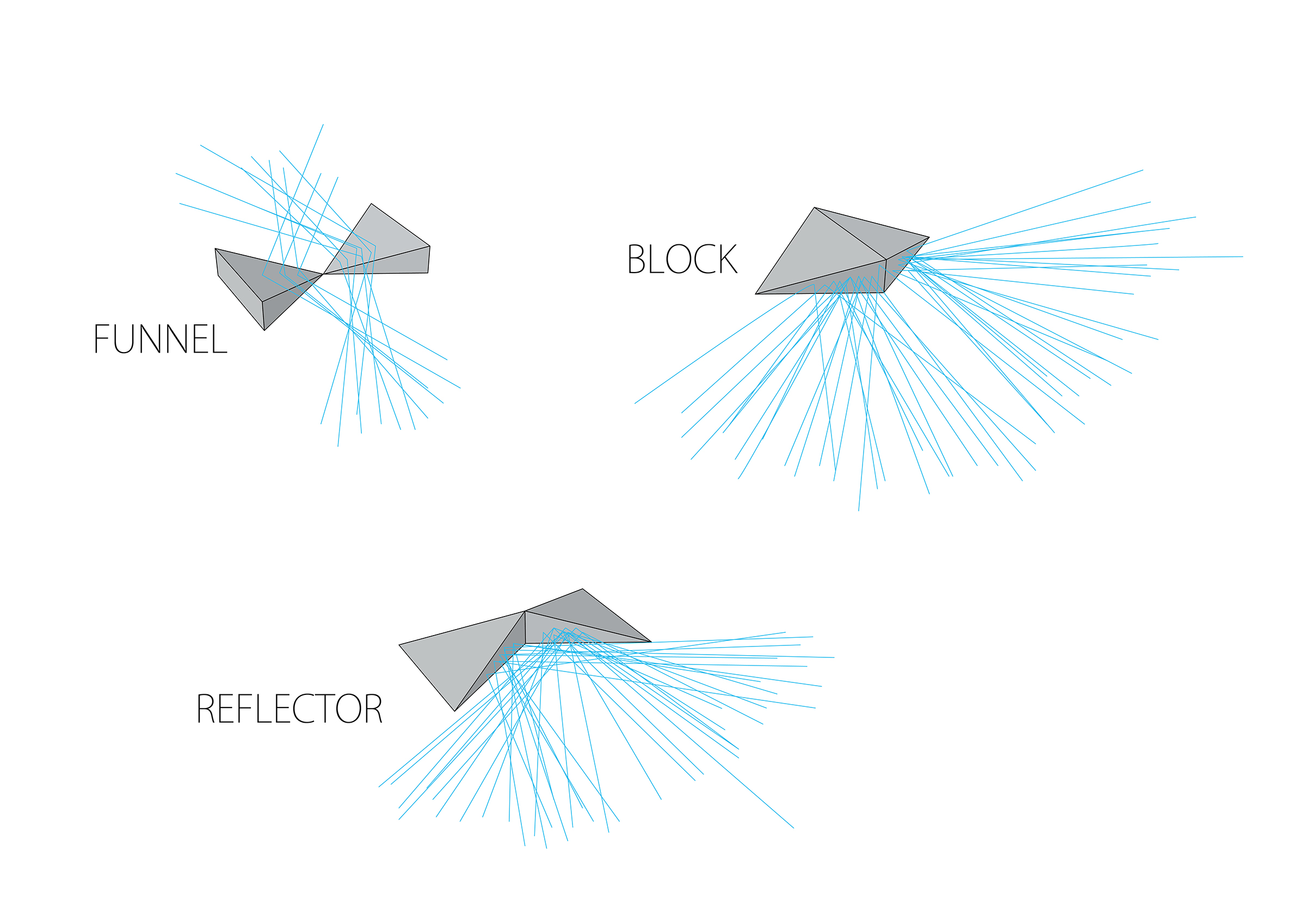 The Barcelona Market was developed as an intervention within the old Barceloneta. Although it is located on the coast, the site is separated from the beach by an elevated road. Not only was the beach not visible from the site, the beach, waves, and public on the main thoroughfare couldn't be heard. In response, an operative map of auditory cues was developed to guide the market form, which sought to re-connect the dead-end plaza with the energy of the beach.

The drastic difference in sound atmosphere between the beach and site was readily apparent when the decibel levels of each type of sound were mapped against each other. This map of sound was then leveraged to determine intersections of sound types, which established where architectural interventions might take place.

A system of building blocks were developed along an equilateral grid to perform funneling, reflecting, and blocking operations, to direct the sound from the beach into the site. The block's triangle format allowed development of a unique structural system with inherent lateral stability. 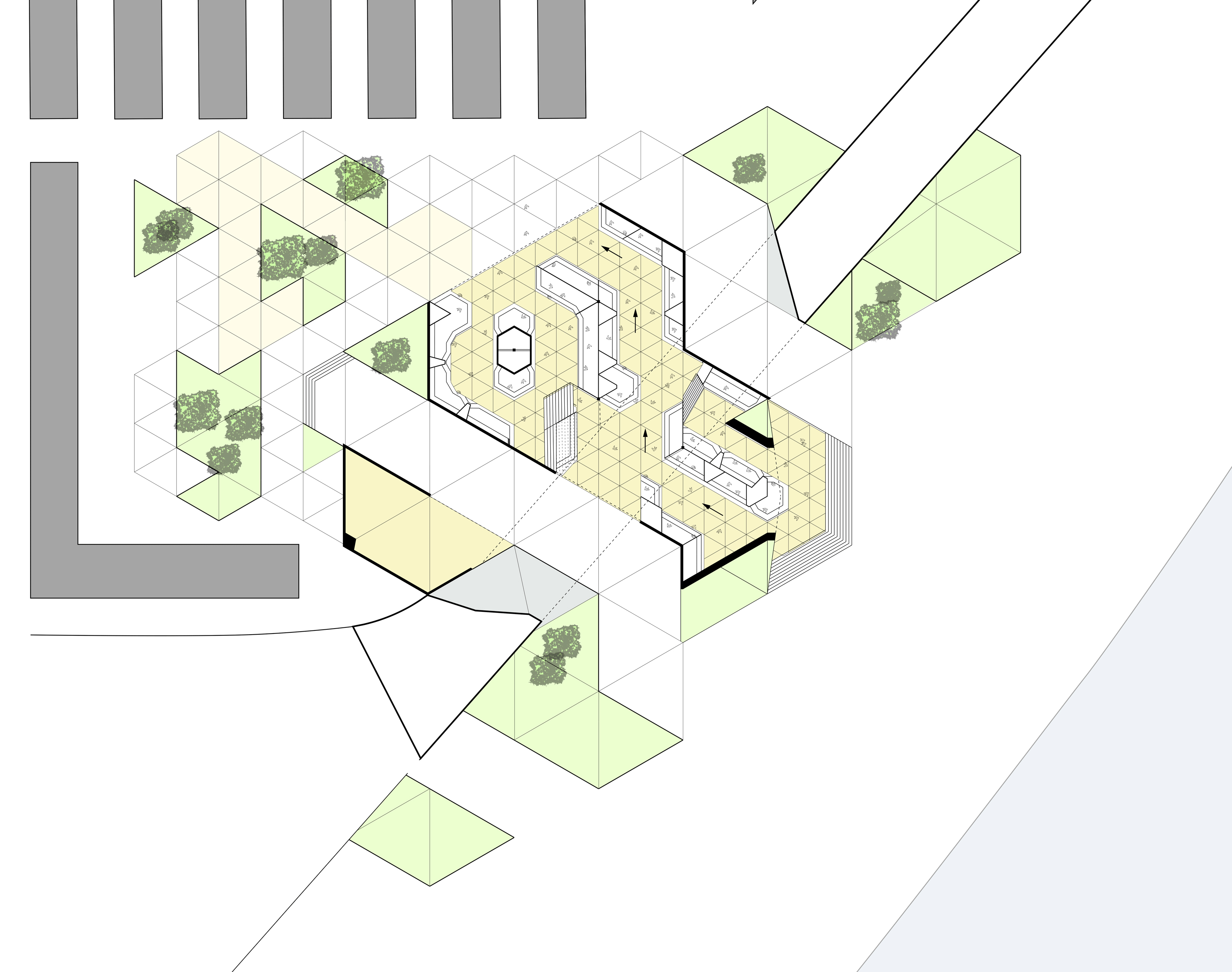 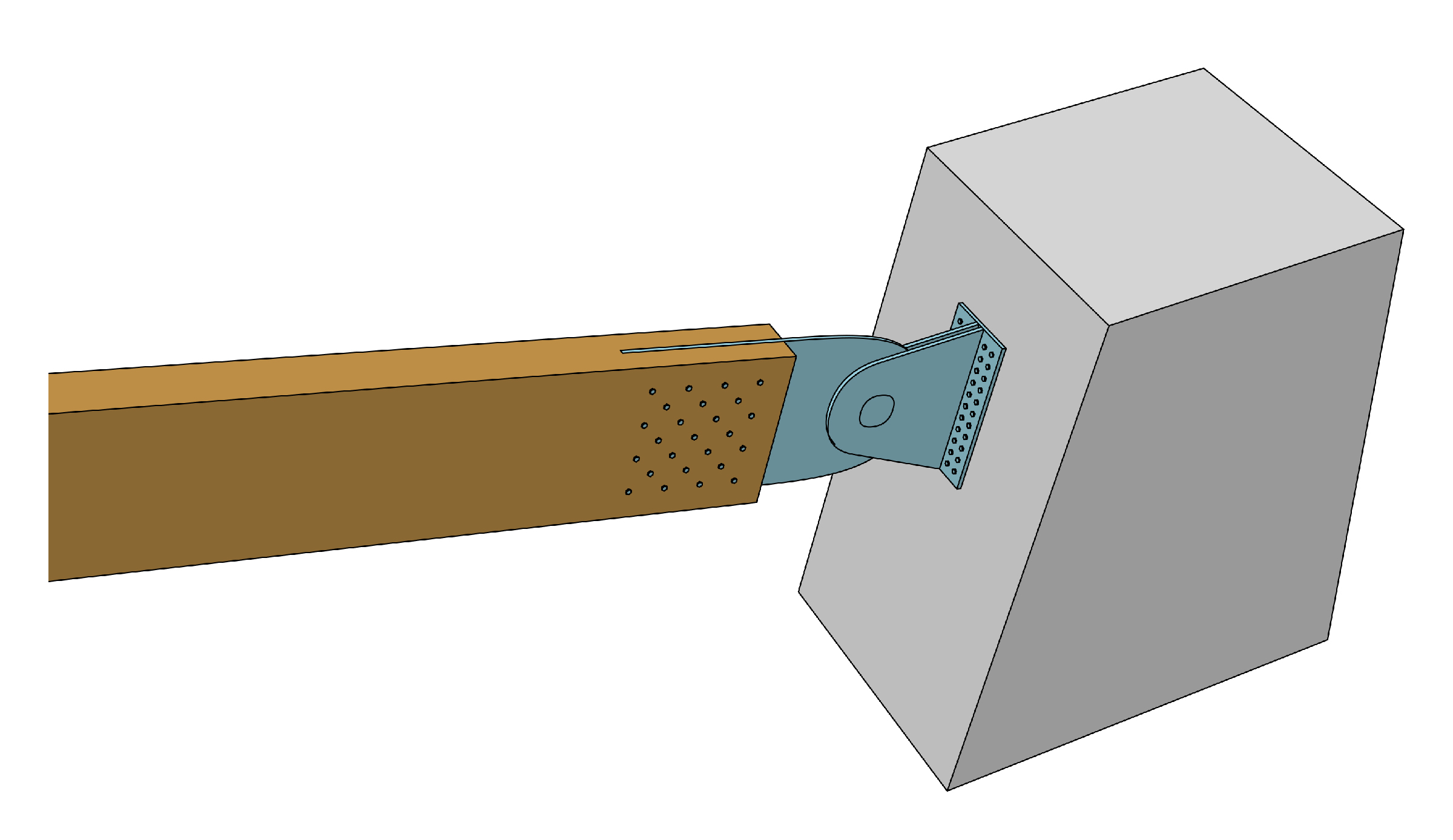 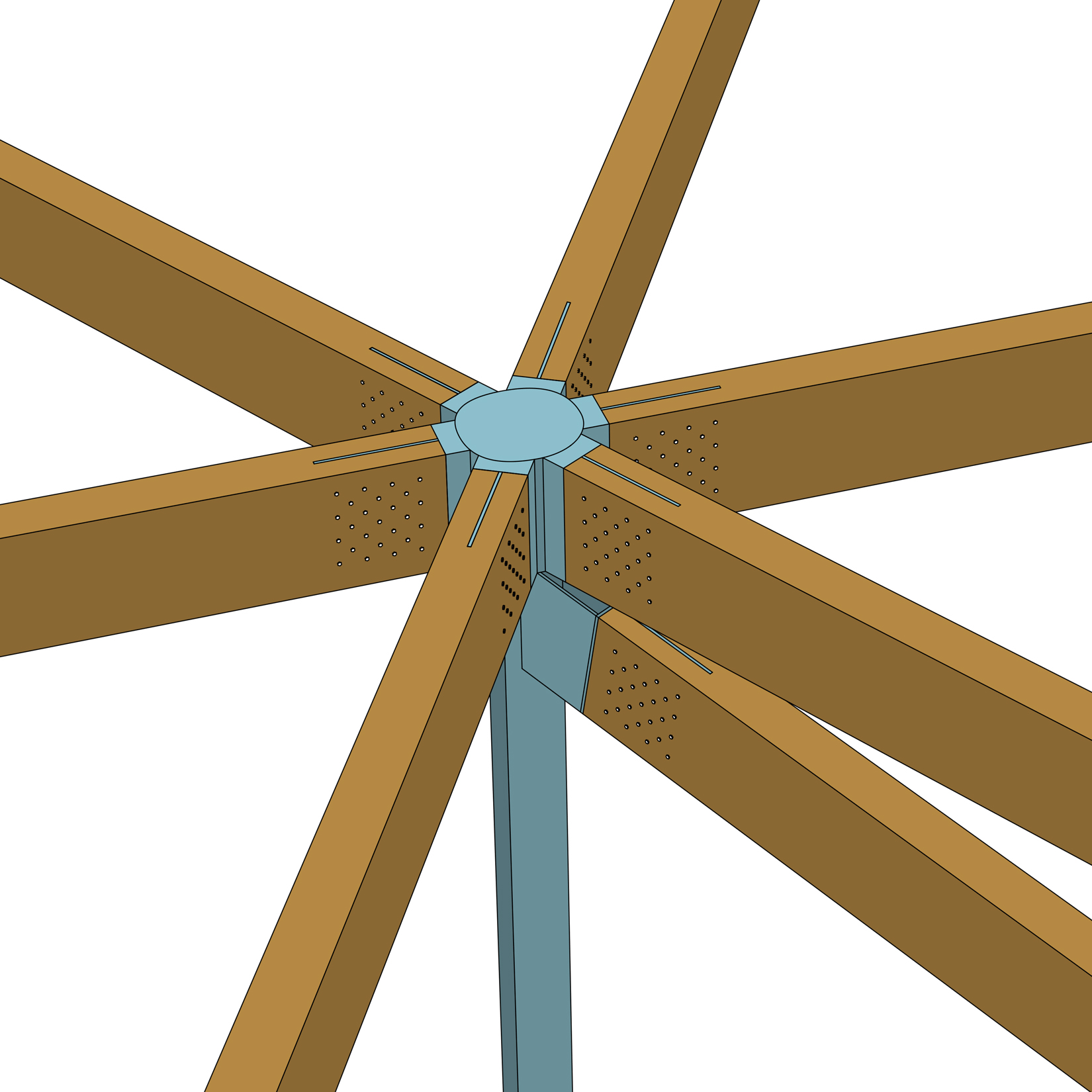 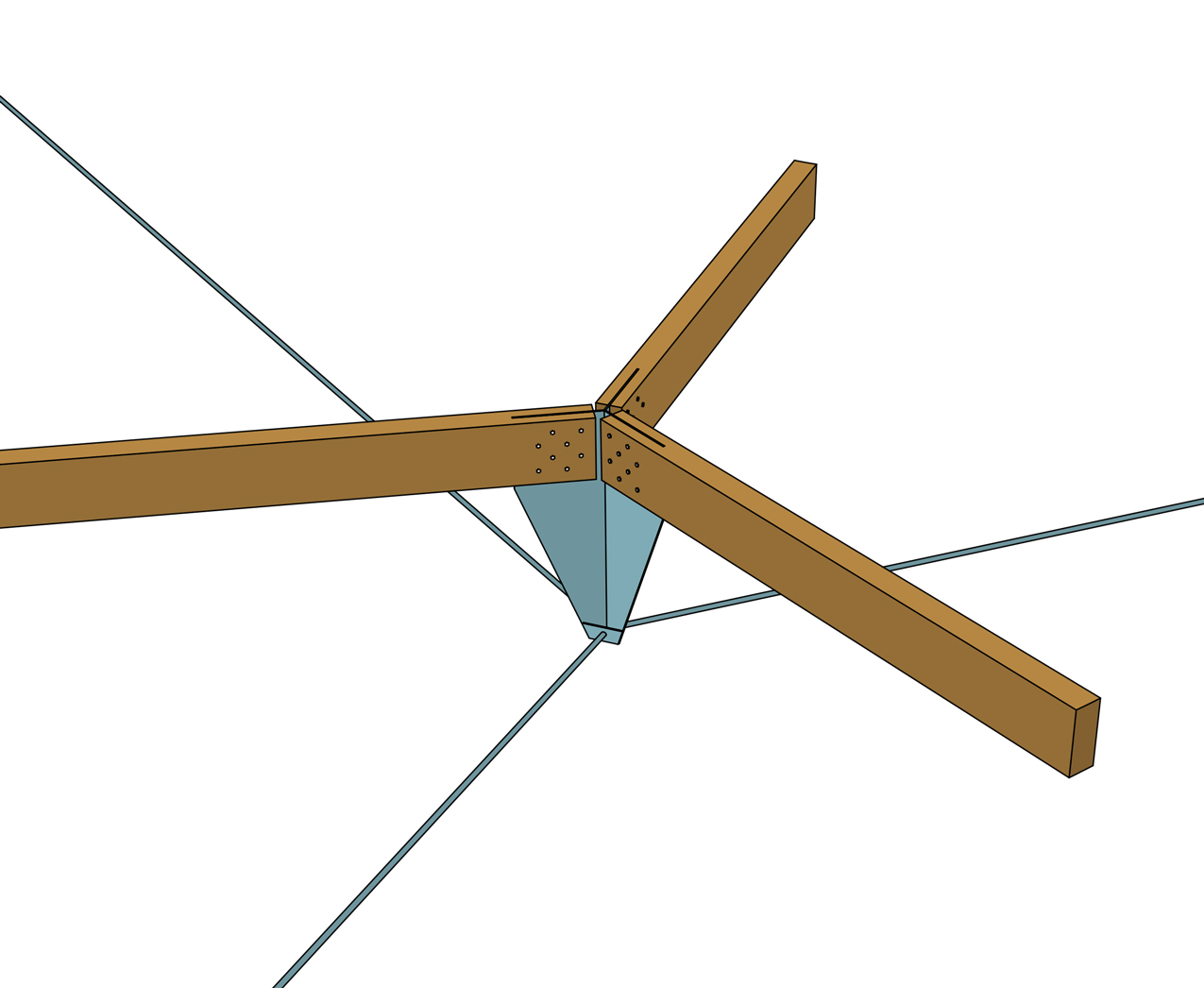 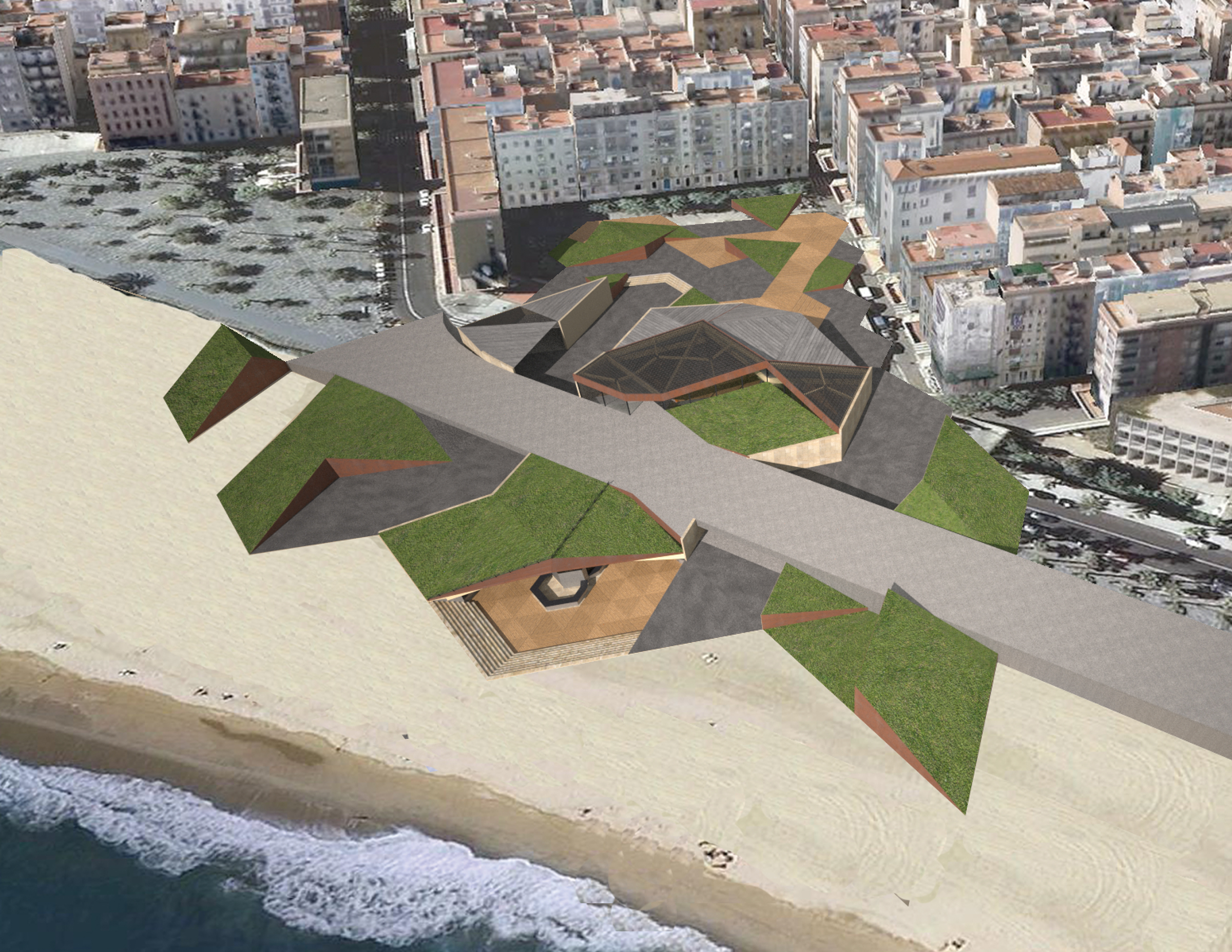 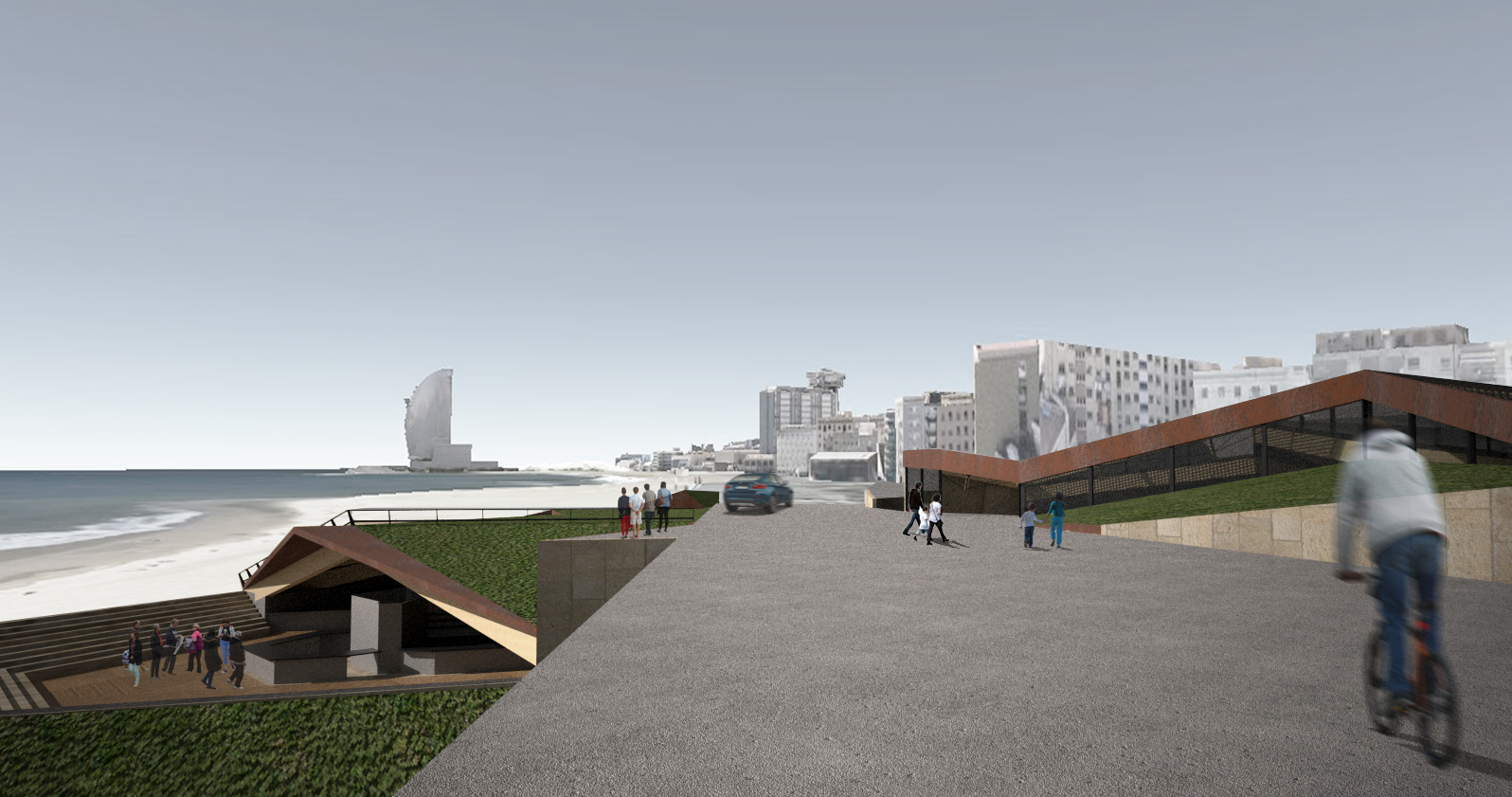 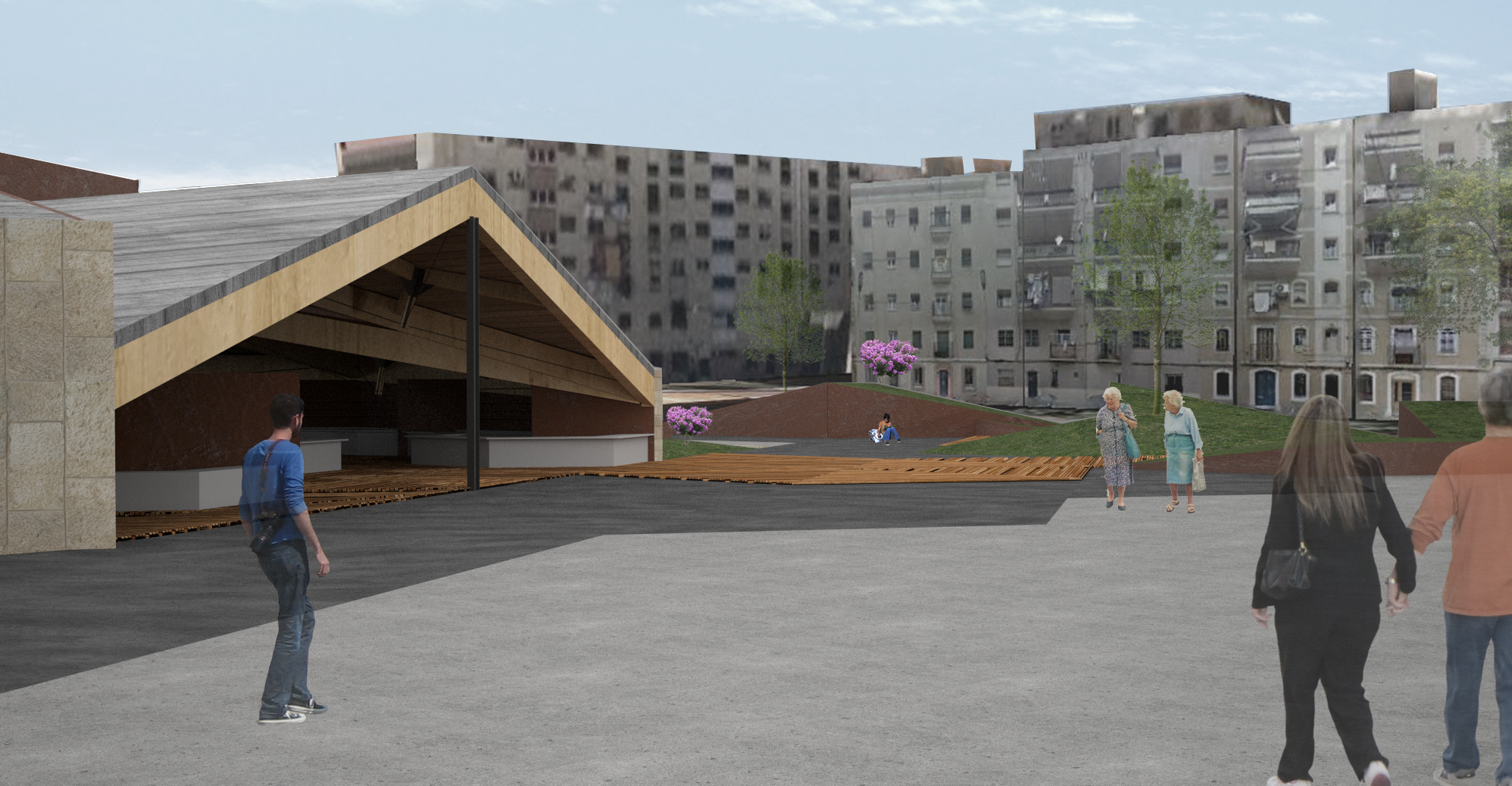