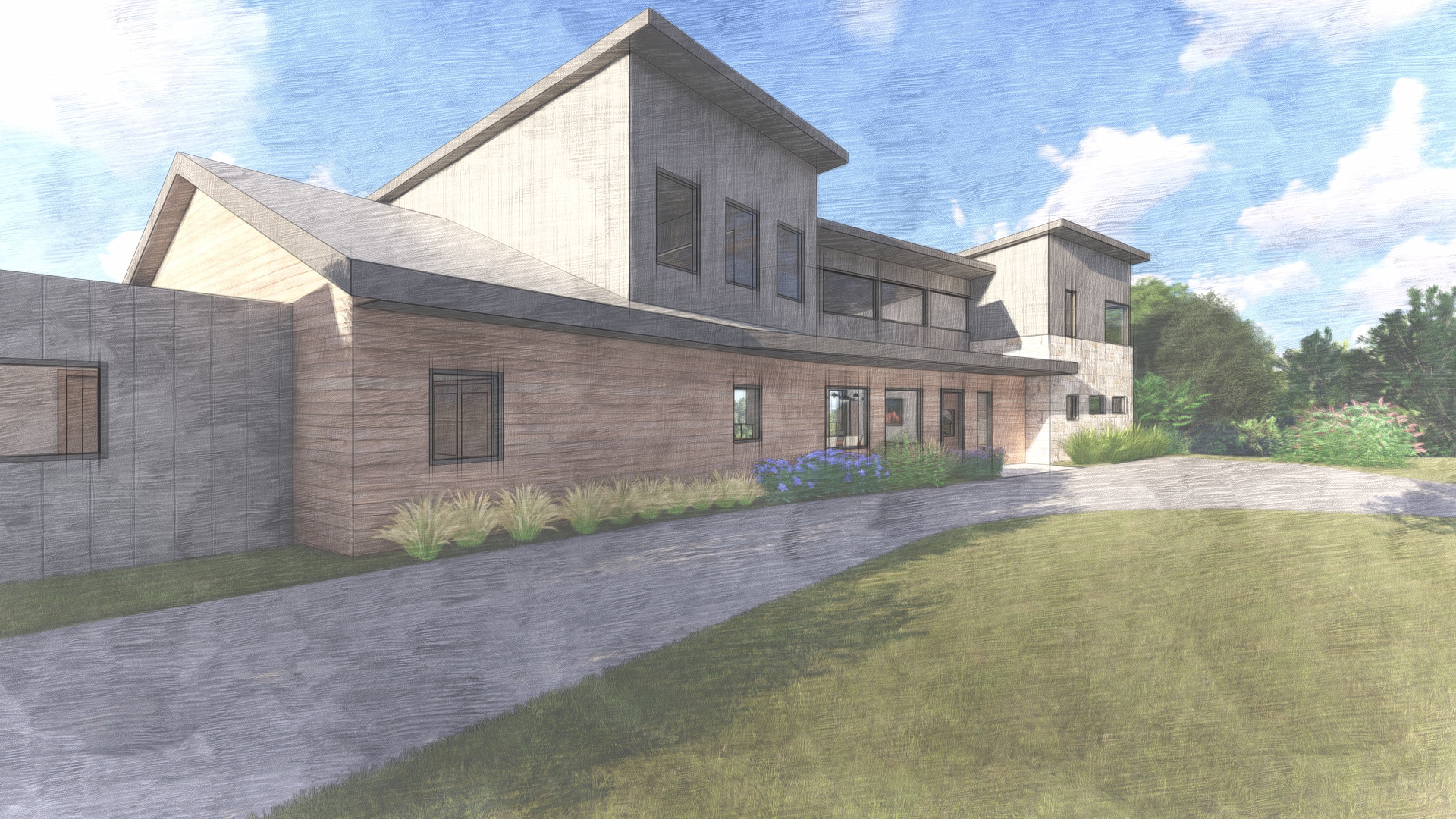 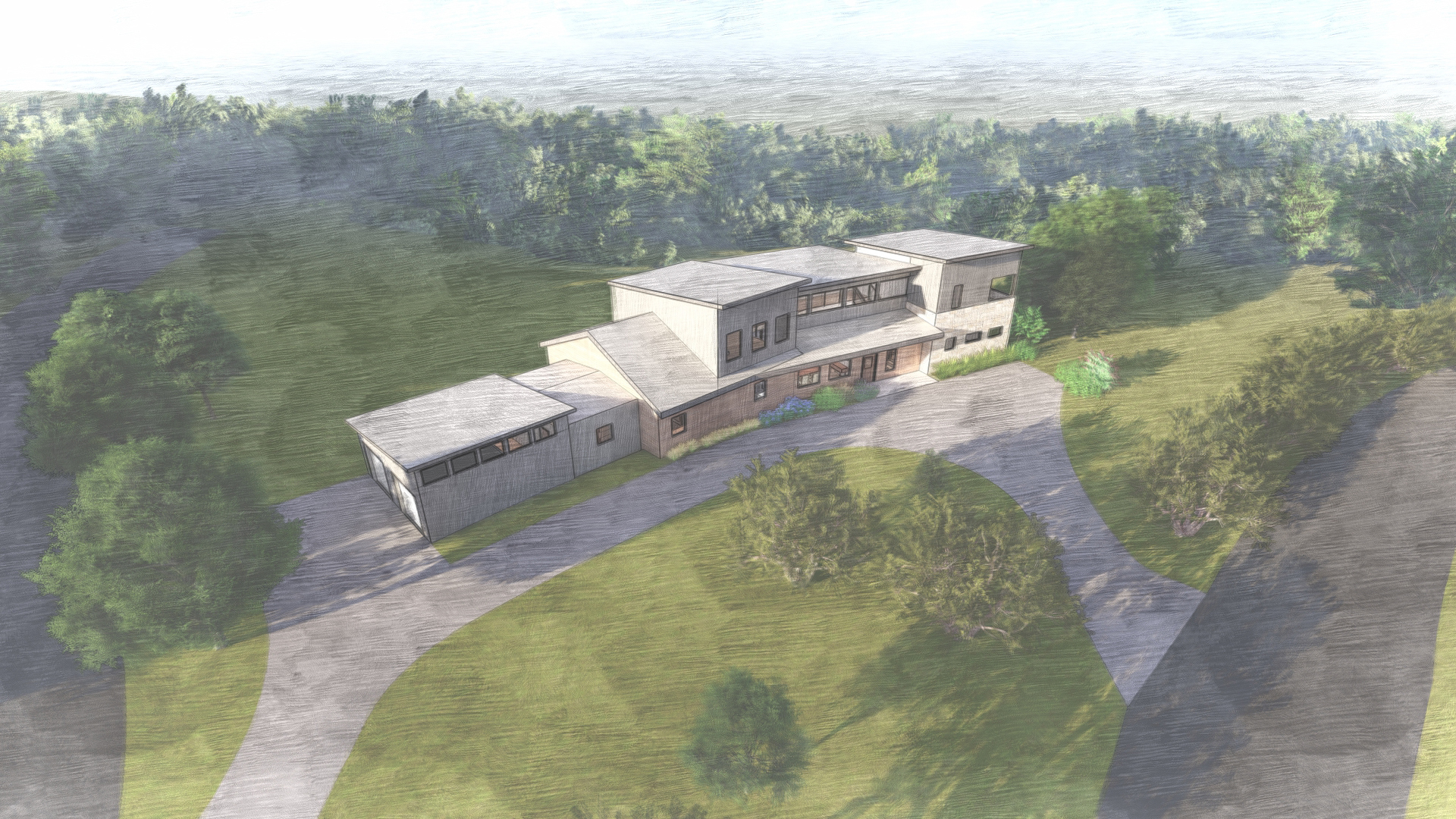 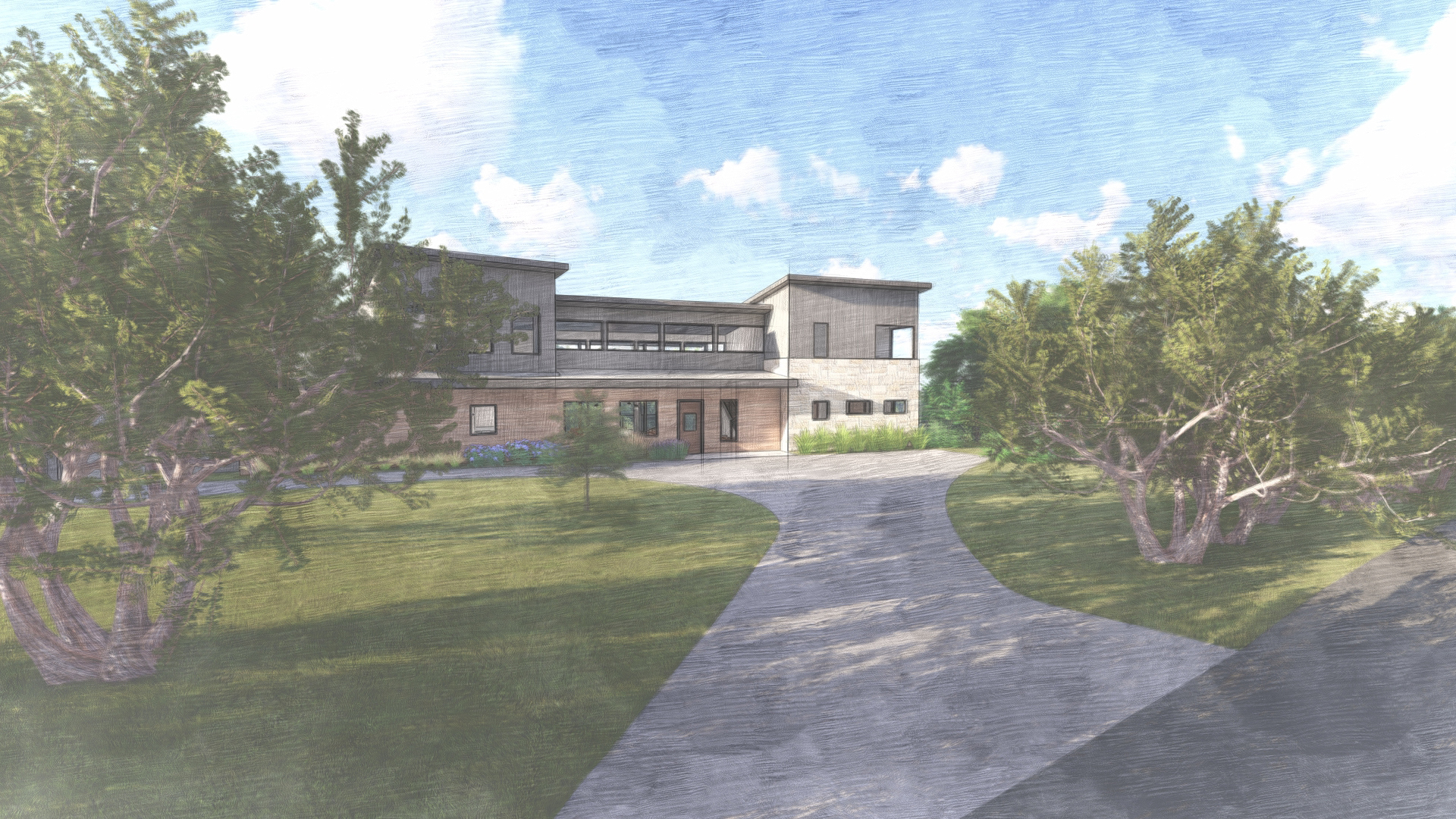 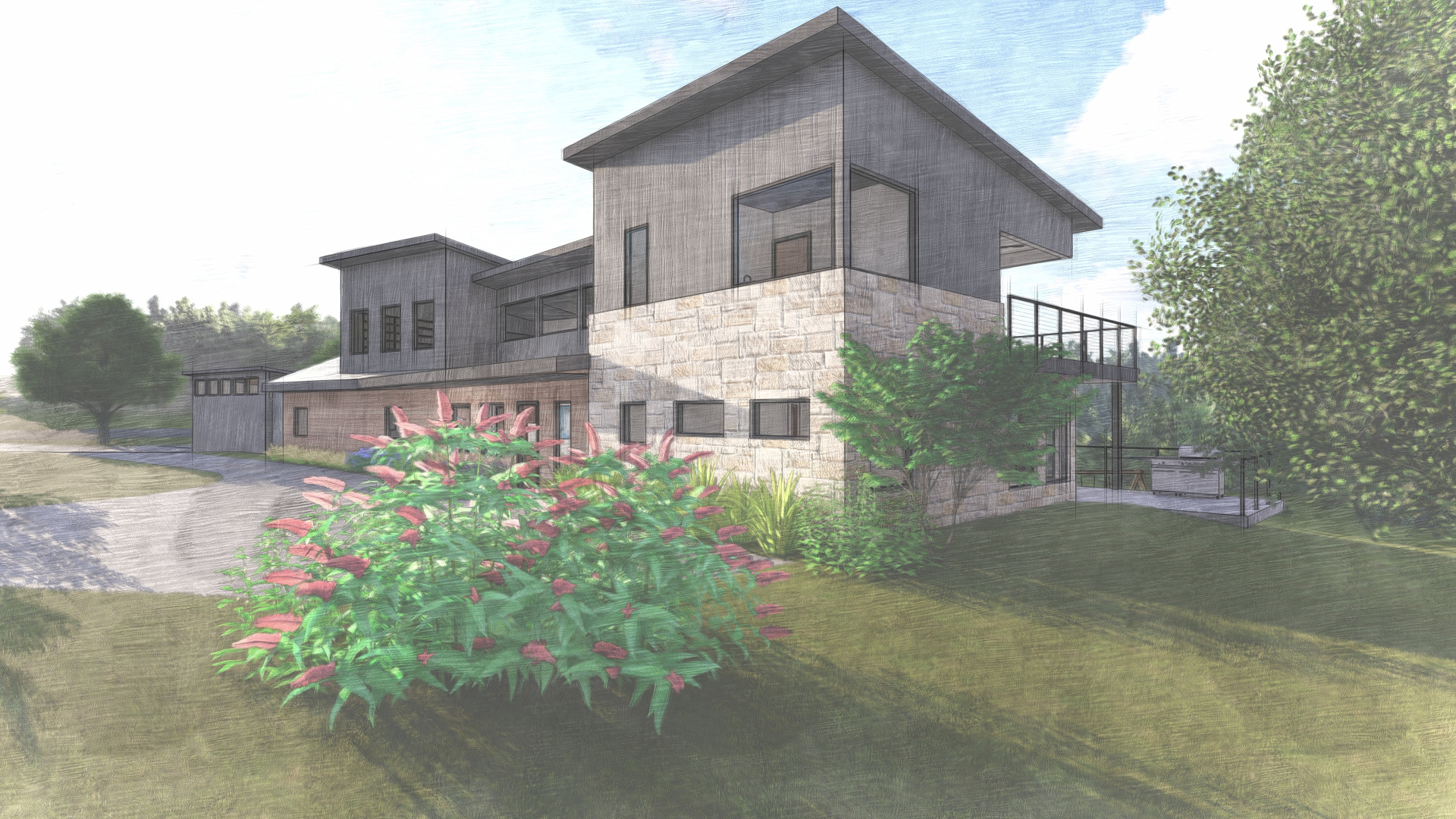 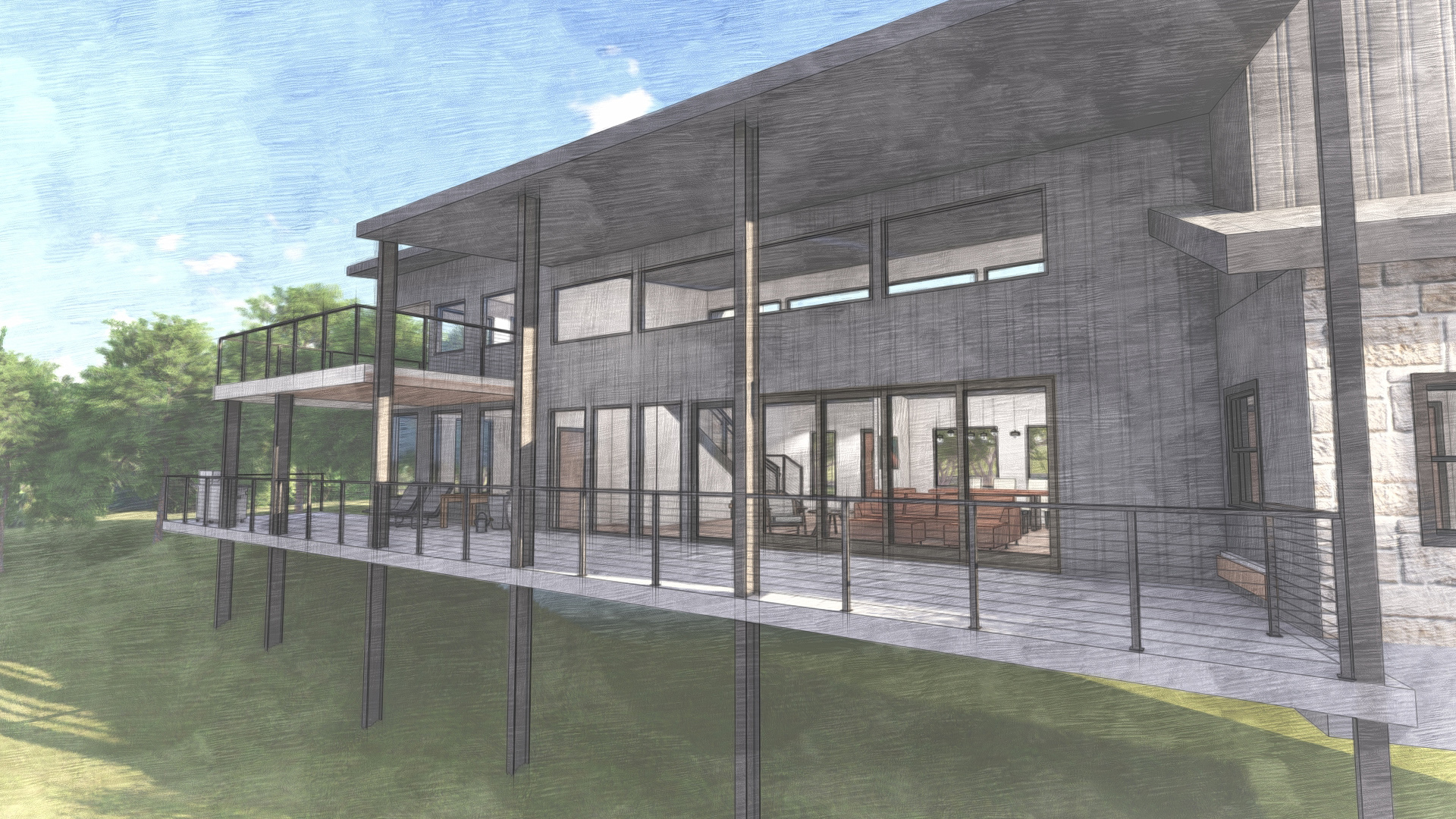 When this family of five first purchased this house in the gorgeous Southwest Austin hill country when they were only four, they knew they had found an amazing location. The house was within walking distance to an excellent school, 20 minutes from their practices in Austin, and the site's steep topography provided an amazing view to the south. As they settled in, they slowly outgrew the house and realized they wanted to expand and give the dated property a face-lift.

Our design directive for the new house was to provide additional bedrooms, more storage, a larger kitchen, and celebrate the views to the South - all with the minimum of adjustments made to the existing structure. As we worked through the design however, the couple realized they were unhappy with the restrictions placed on the design by the existing structure, so we explored an alternative concept that played more with the existing facade and roof lines, while still maintaining as much of the existing footprint as feasible. That alternative design is featured here.

Ultimately the couple decided attempting to salvage the existing building was not economically feasible, and the project was shelved indefinitely. 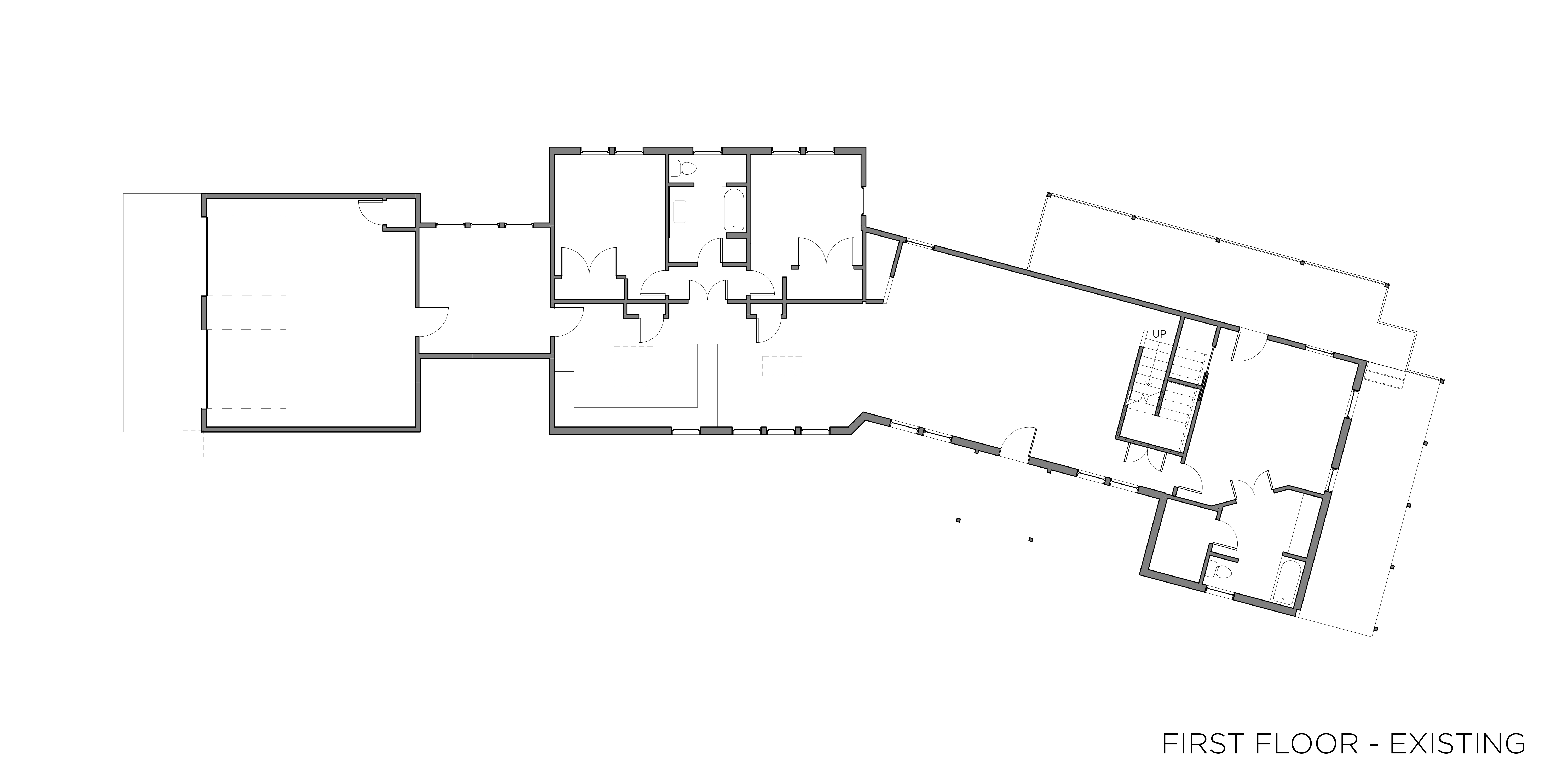 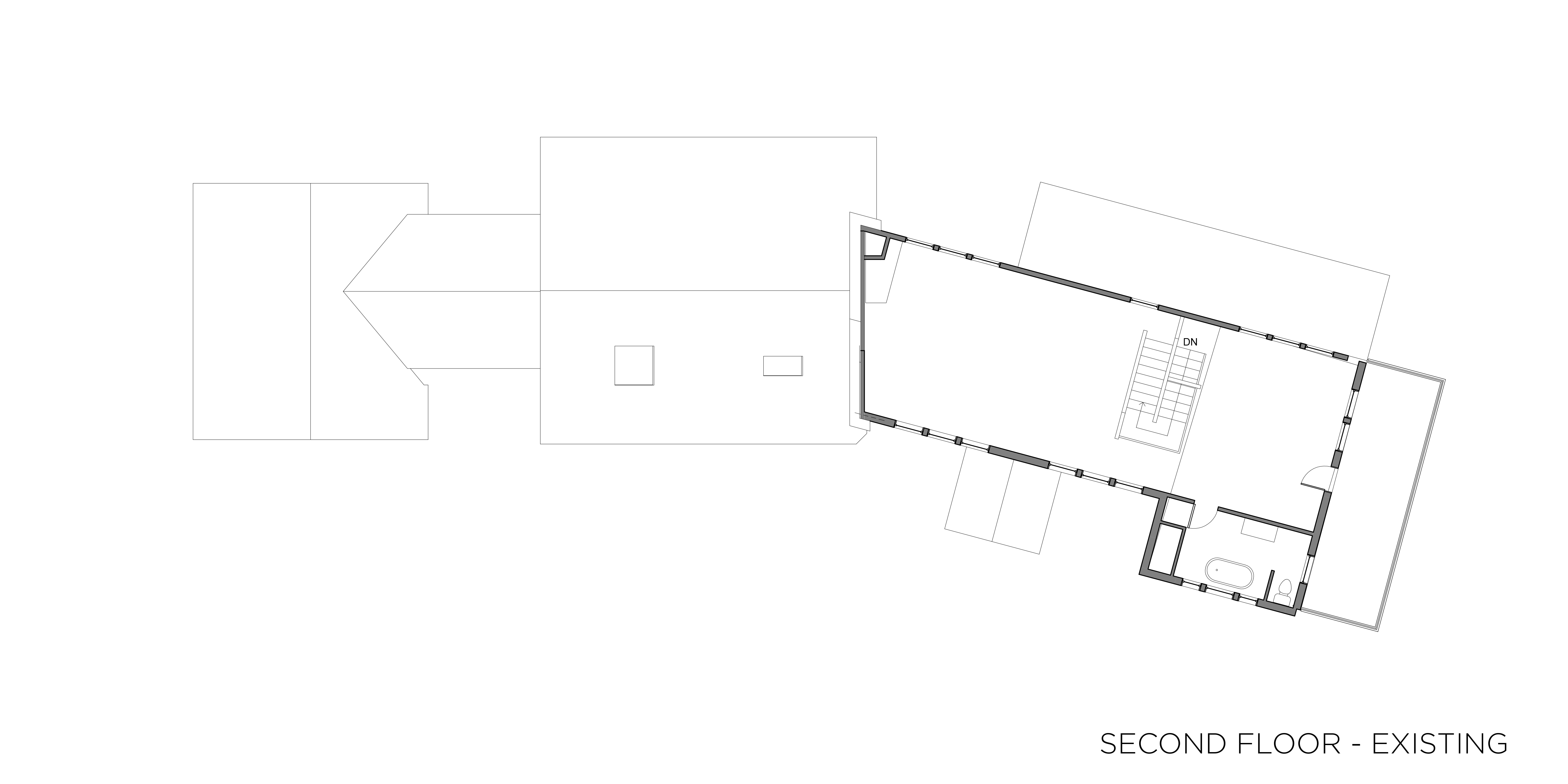 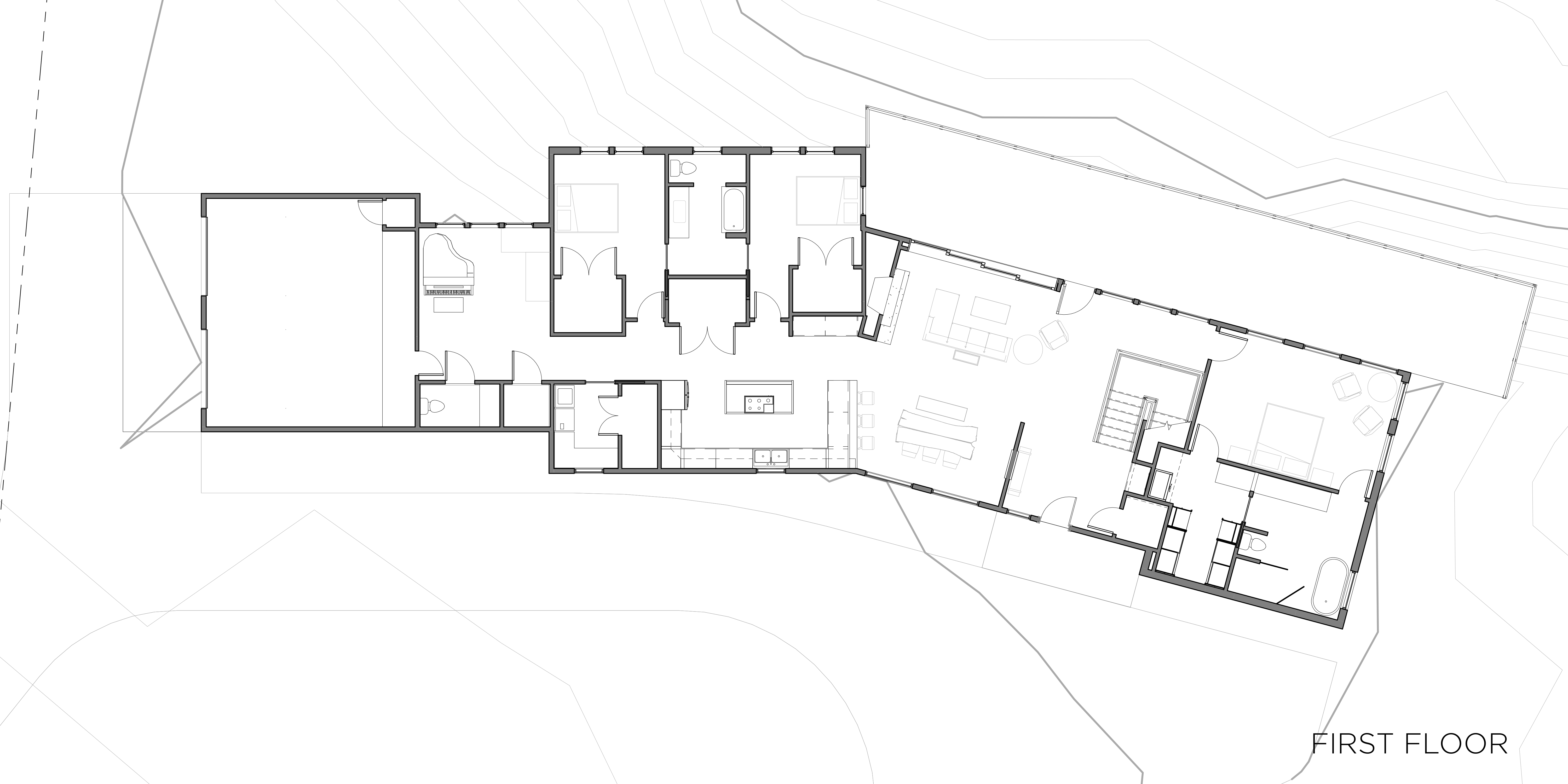 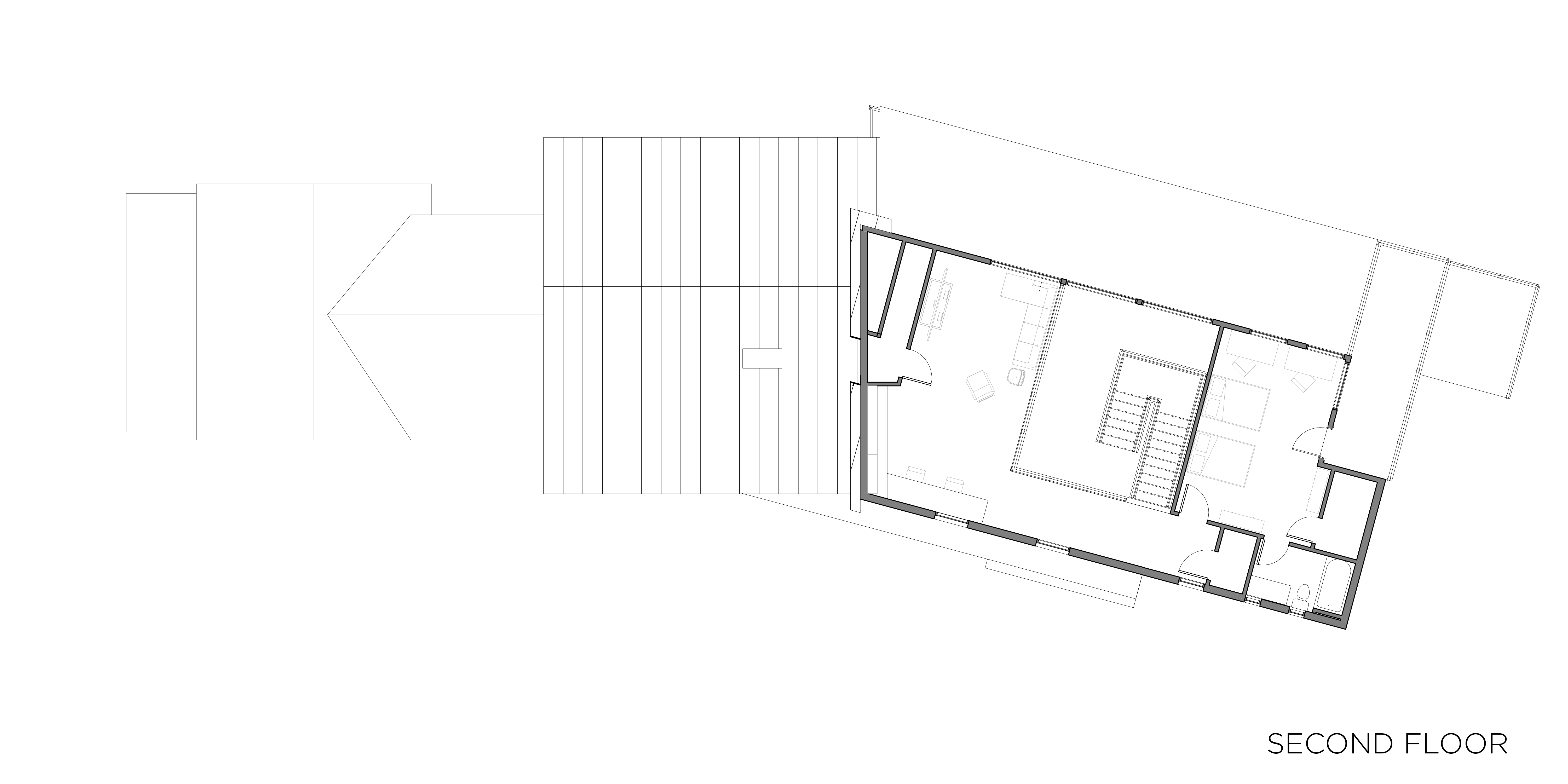