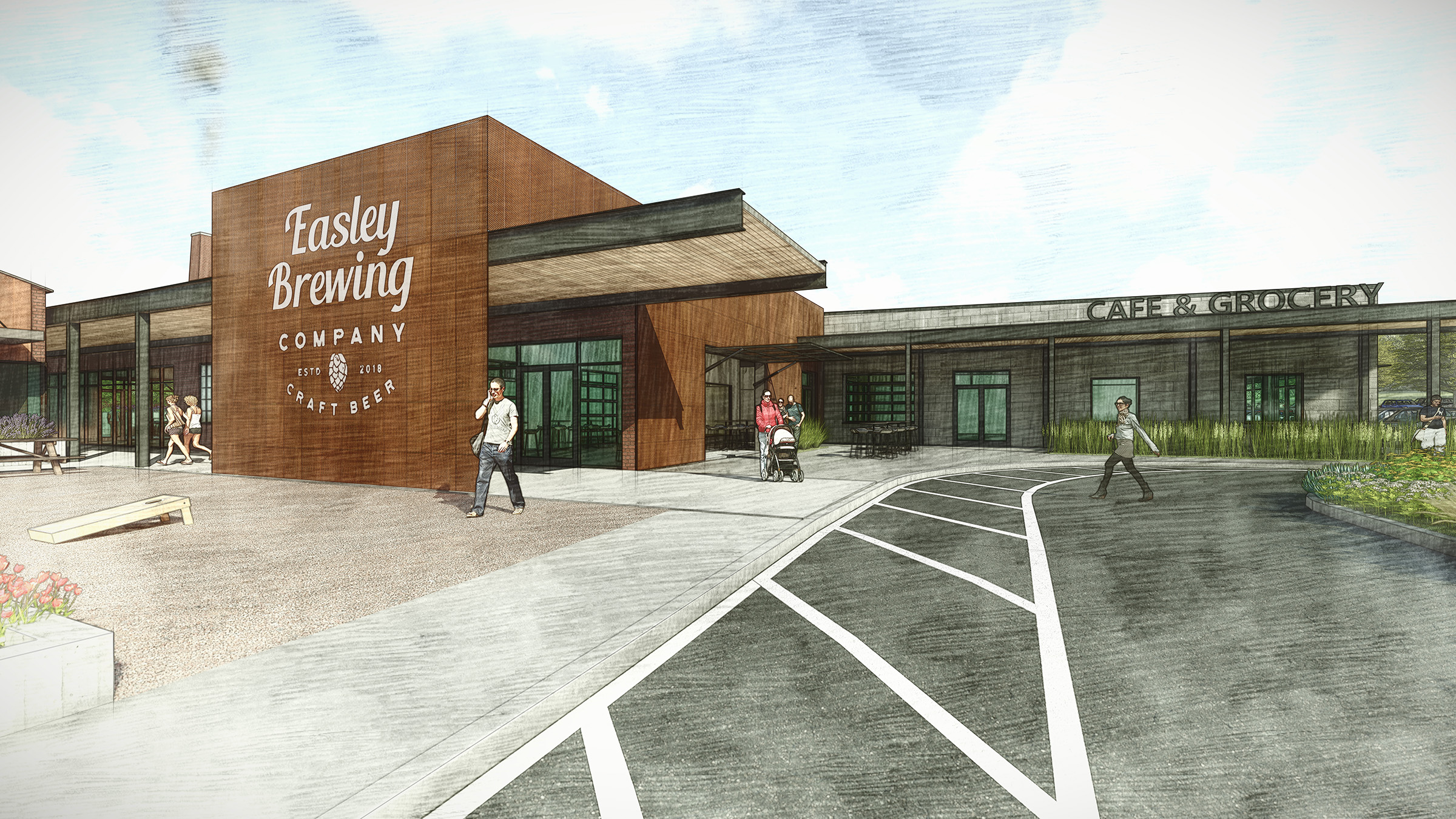 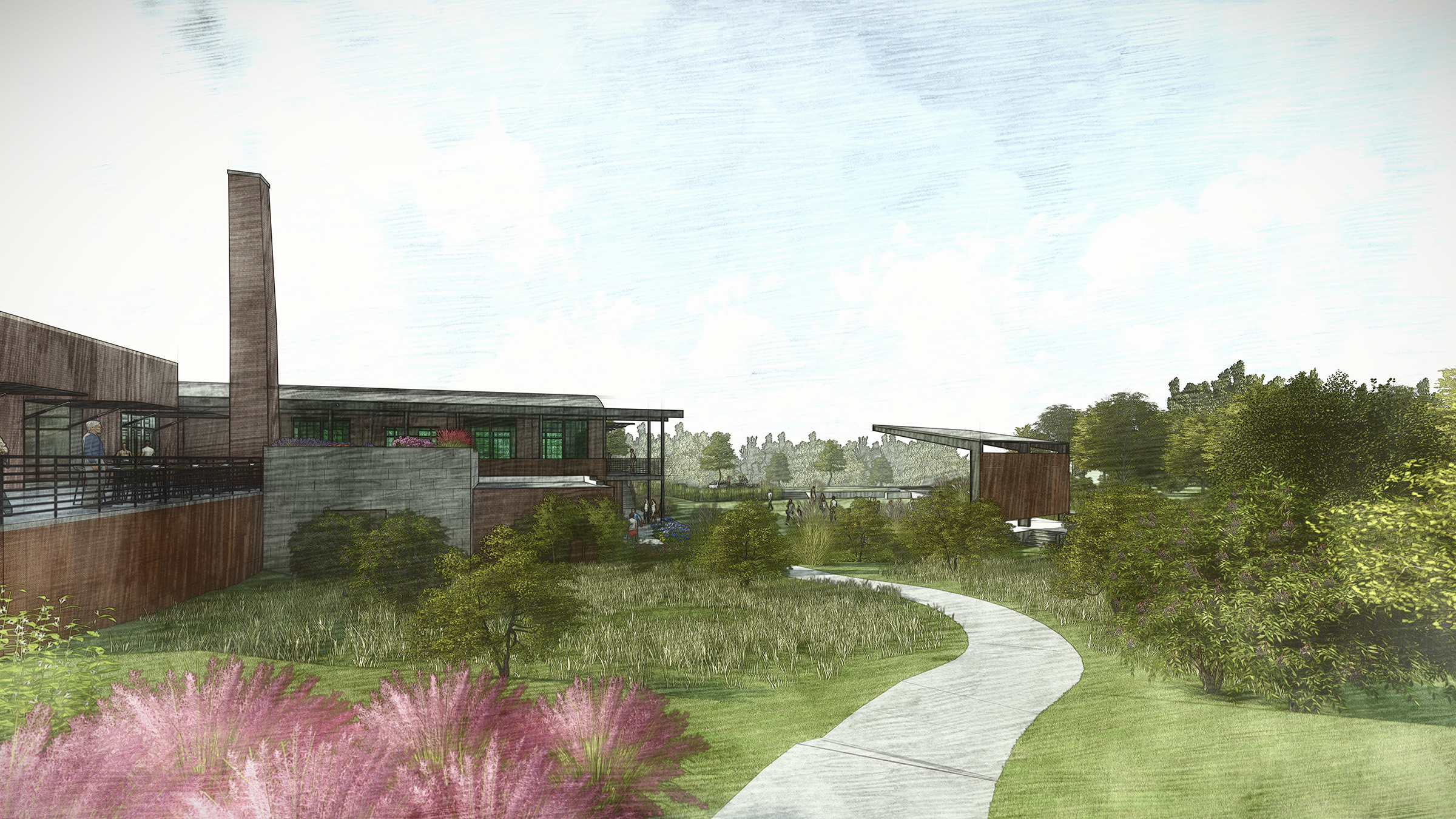 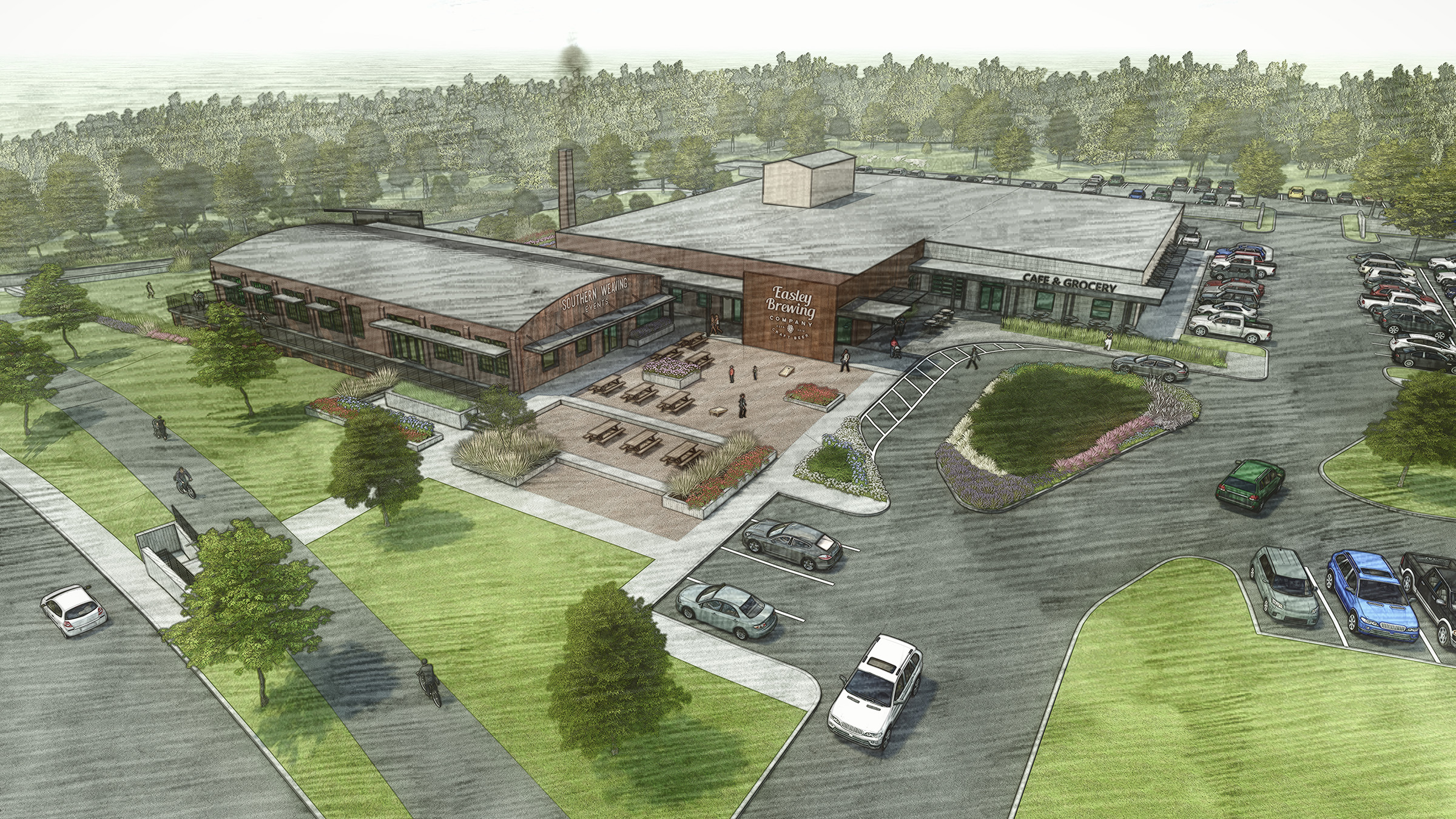 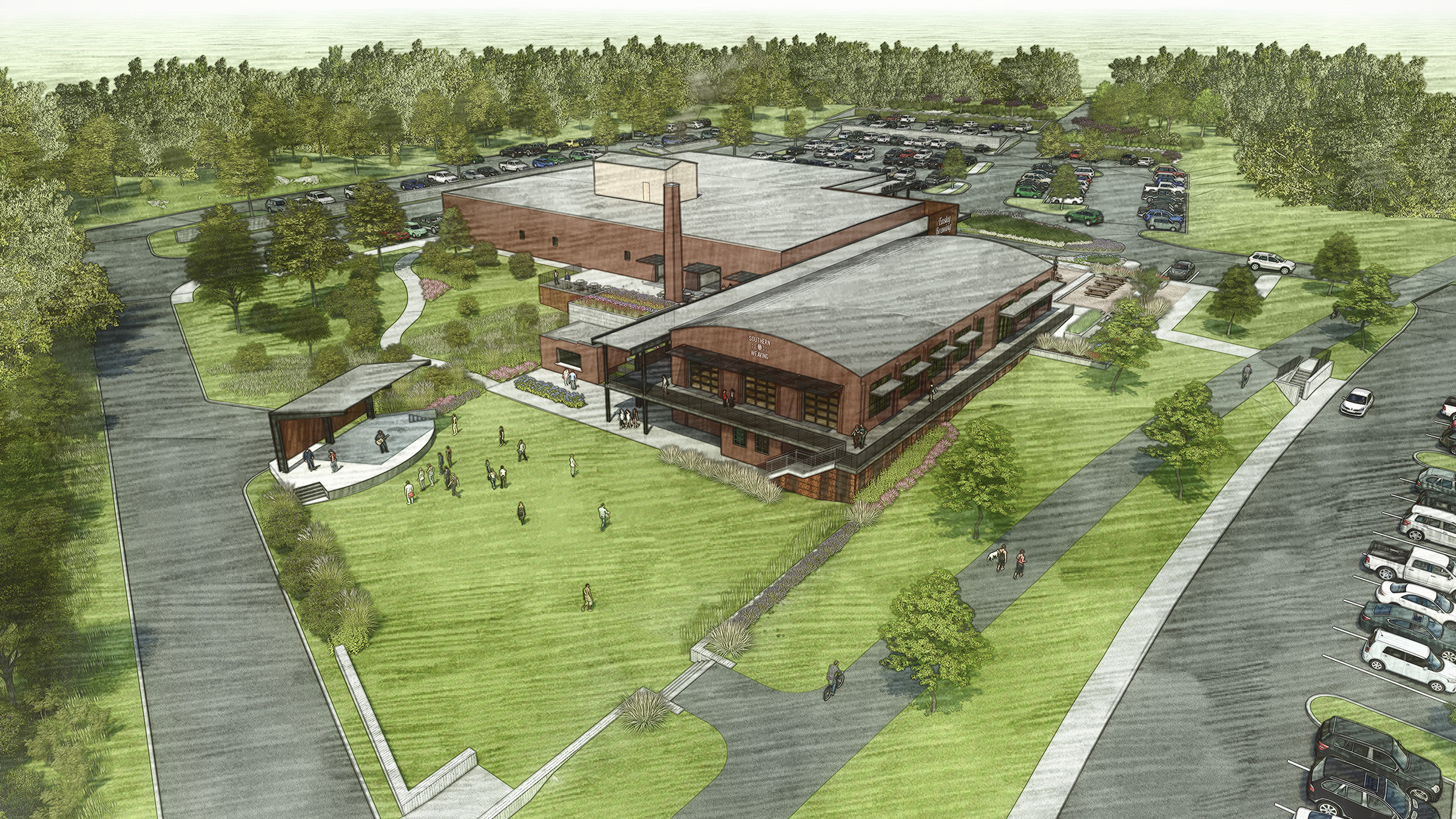 The Southern Weaving property is an abandoned textile mill in Easley, SC. The existing facilities consist of a sprawling warehouse and historical brick mill with gorgeous bow-arch trusses. Equip was engaged by a private developer in 2018 to develop a mixed use retail and event concept for the site. As an adaptive re-use project, the goal for the development would be to maximize the cultural heritage and significance of the mill to the community and integrate the development with the doodle bike trail.

In addition to developing the historic mill into an events center, Equip proposed adopting a portion of the warehouse for a brewery, accompanied by retail components that could serve the local community. The lower yard to the back of the property was designed to receive a pavilion, to complement the event center and provide space for outdoor concerts.

The Southern Weaving mill in Easley was one such abandoned mill, but its location on the recently developed Doodle Trail makes it a perfect candidate for redevelopment into a mixed-use retail and event center. Equip Studio carefully documented the existing structure with a laser scan and a 3D BIM model, then developed a conceptual design based on the developer's desire for an event center that would accompany a brew-pub and retail outlets.

Equip's design for Southern Weaving seeks to strip the space back down to the more historical elements. By strategically removing some of the later, more contemporary additions, the front area is opened into a public plaza with direct access to the Doodle Trail, and a covered outdoor breezeway is introduced between the historic mill and warehouse spaces. The events center would occupy the historic brick mill portion of the site which features original steel bow trusses. On the other side of the public breezeway, the warehouse is proposed to be developed into a brew-pub with other retail opportunities. A small cafe and grocery would anchor the front of the property, sharing the open plaza with the brew pub.

A significant drop in the topography and large back portion of the property presented an opportunity for a public lawn off the Doodle Trail that hosts a music and events pavillion. A set of landscaped spanish steps connects the public breezeway and brew pub patio to the lawn. The adjacent maintenance building would be converted to a concessions space for use during lawn events. 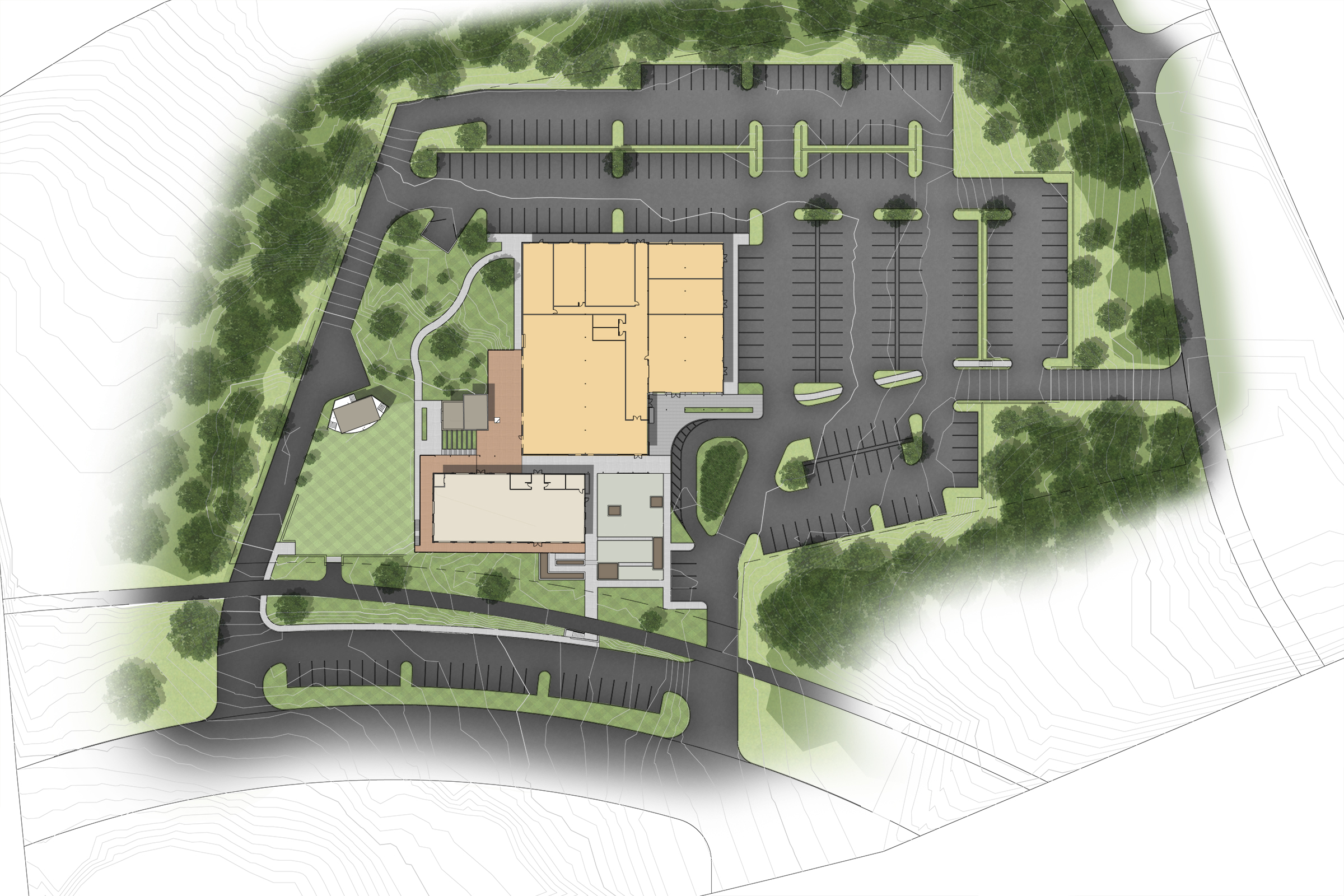 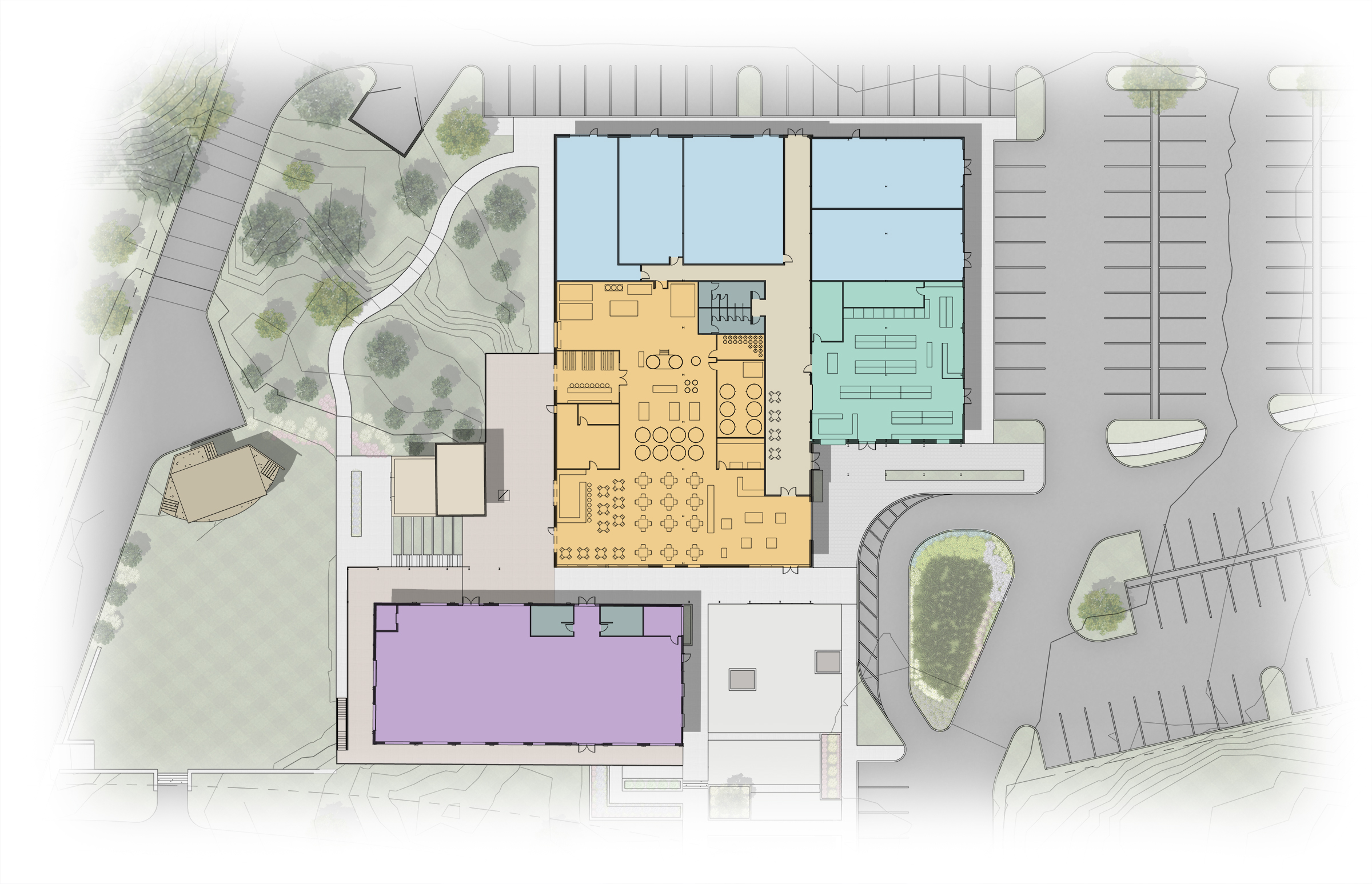 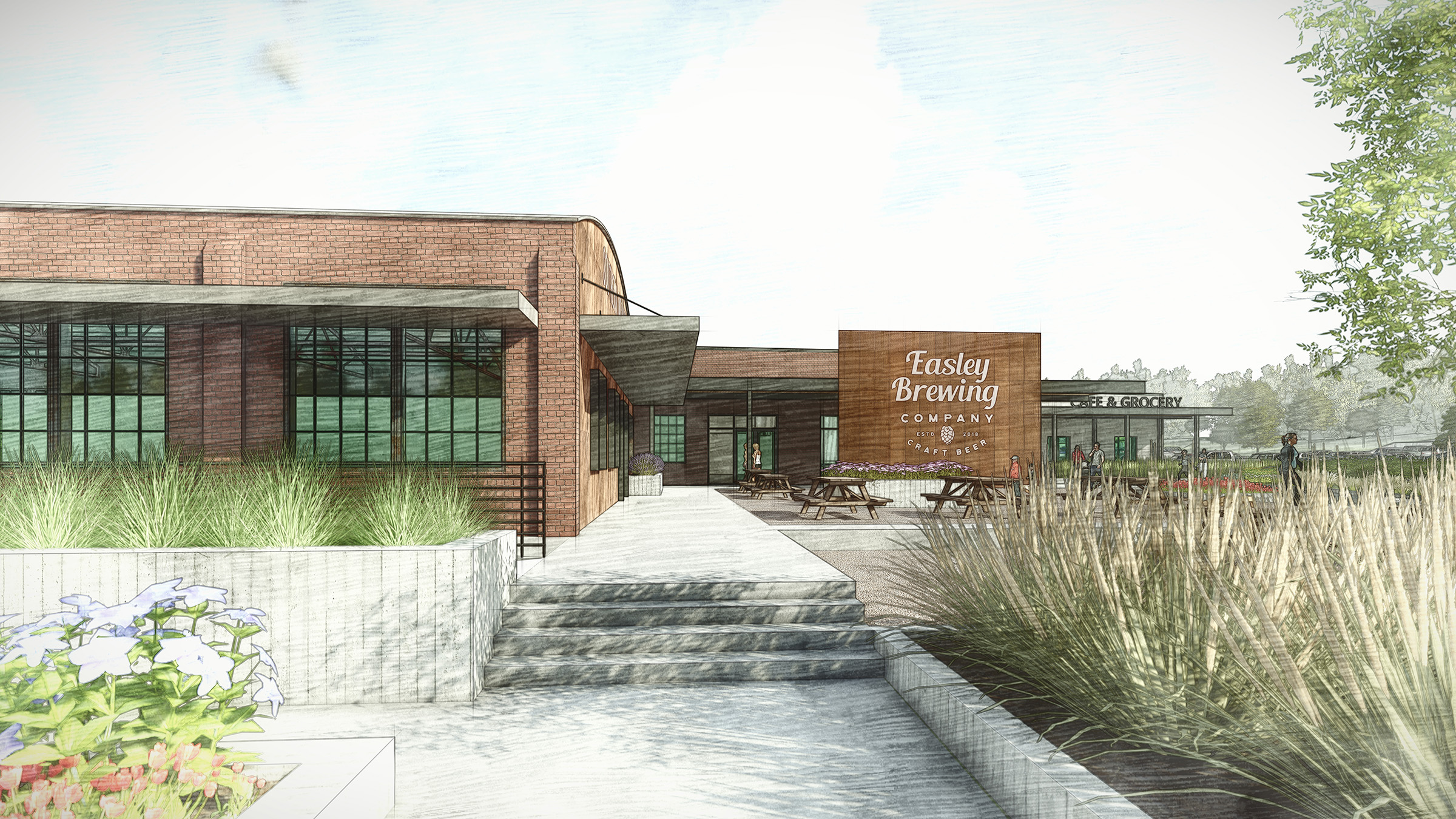 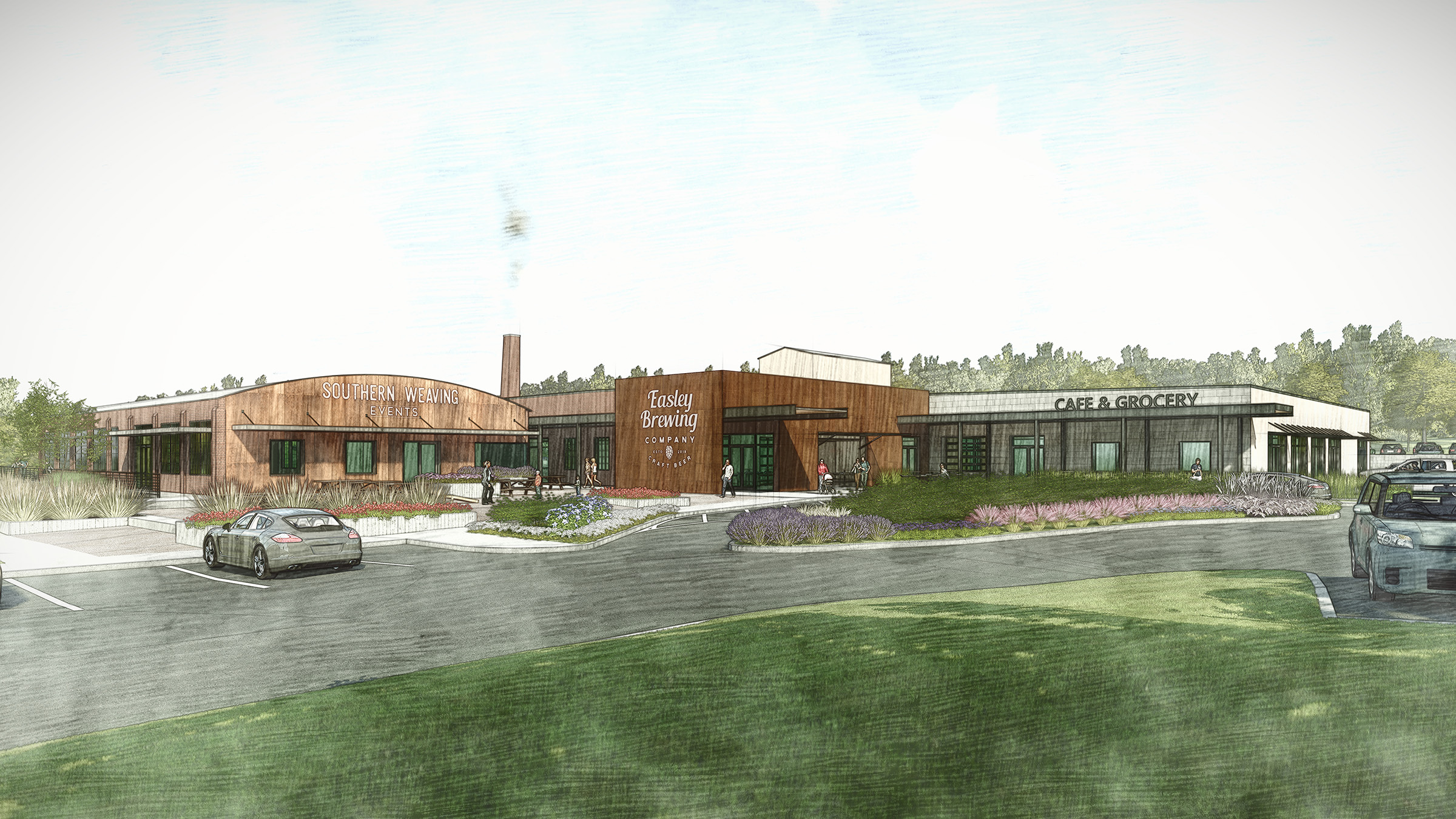 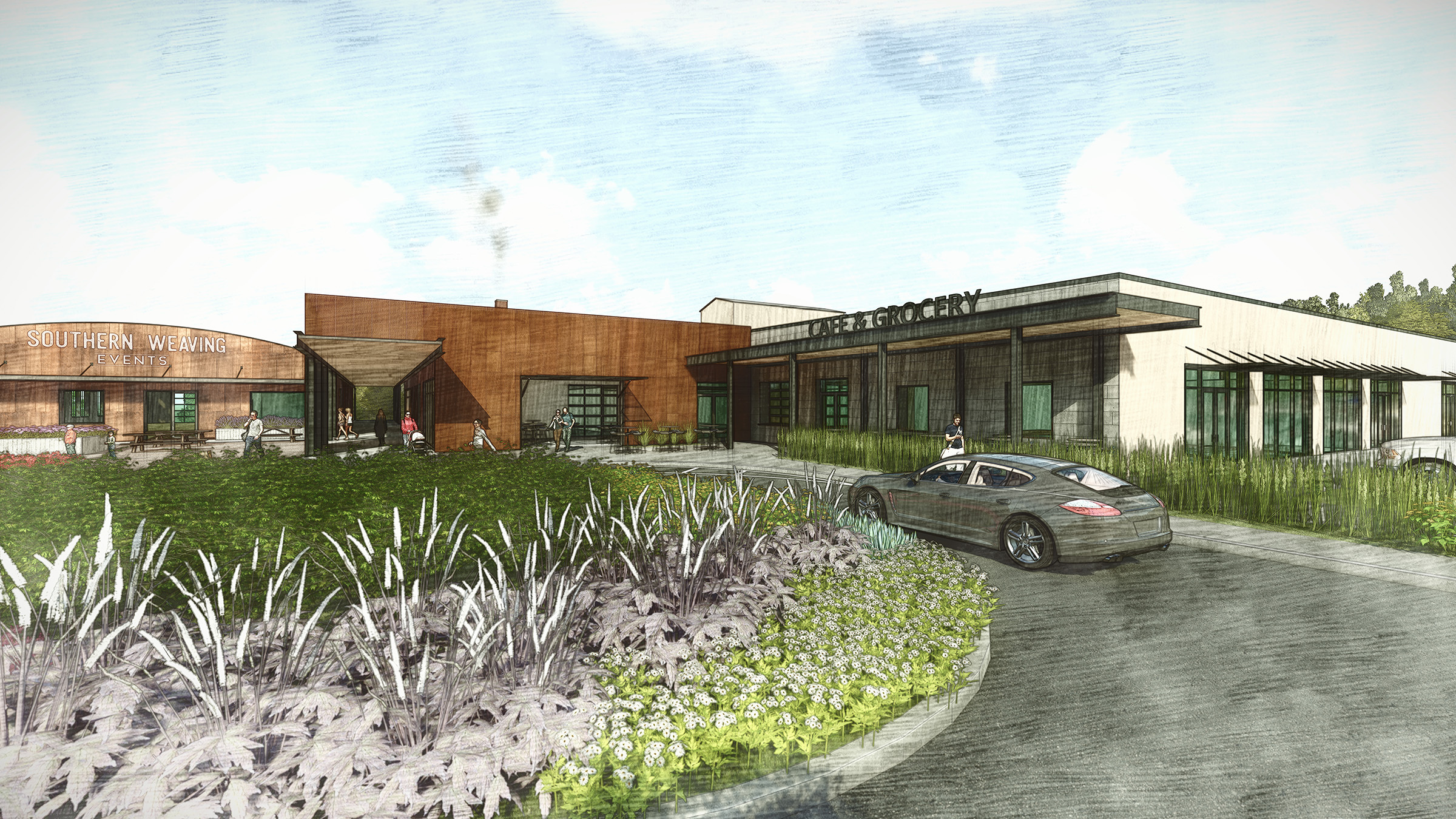 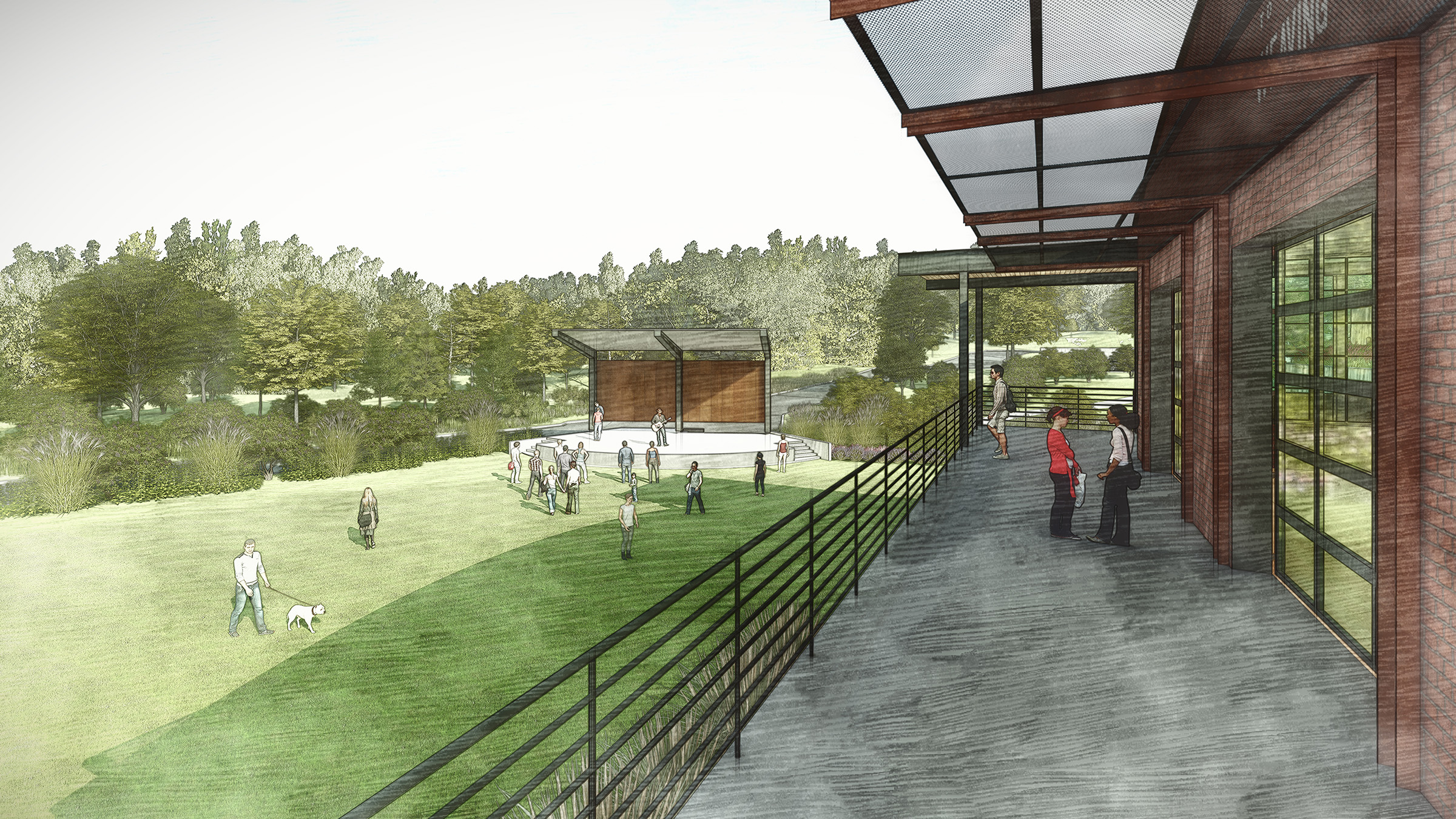 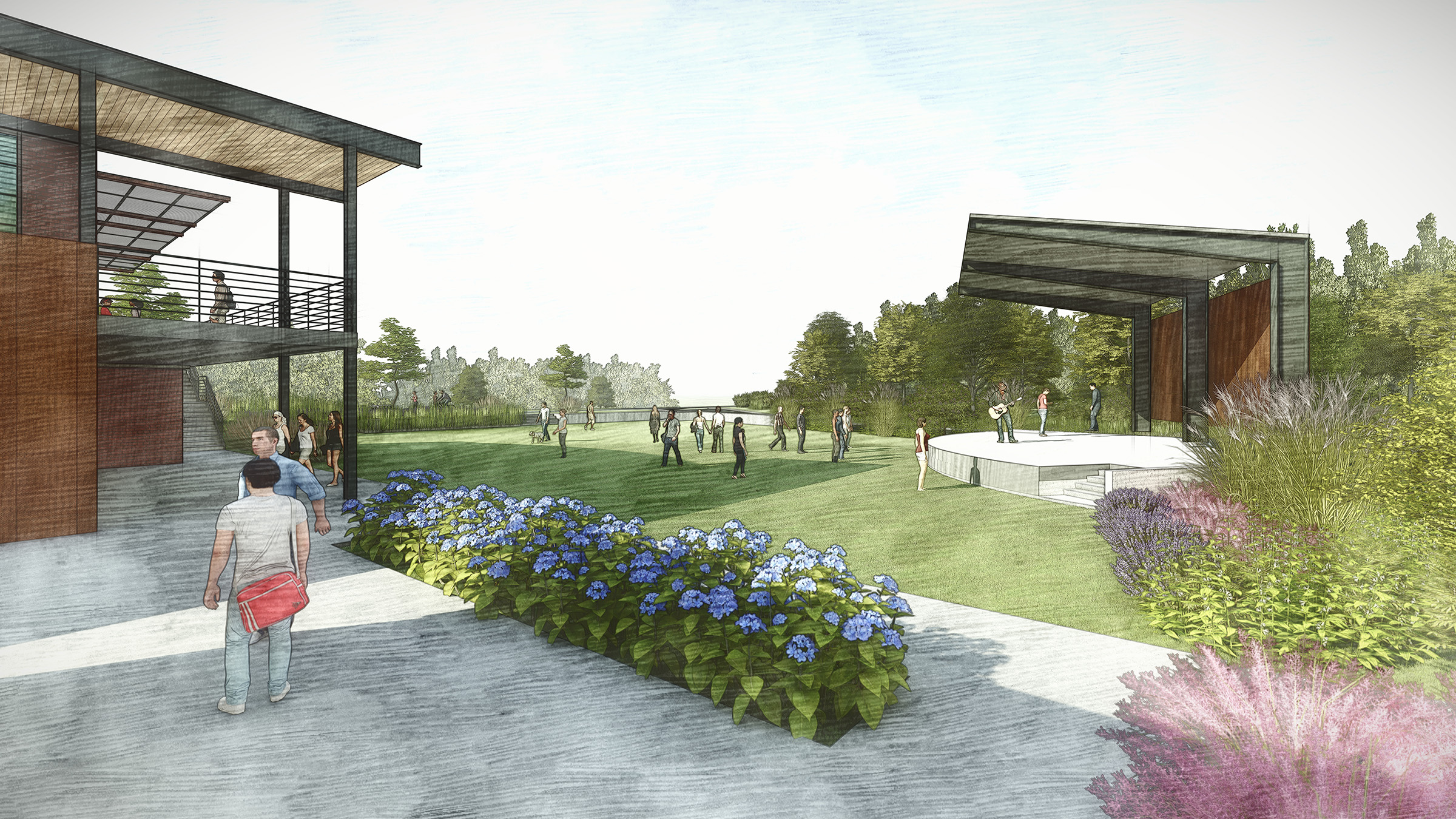 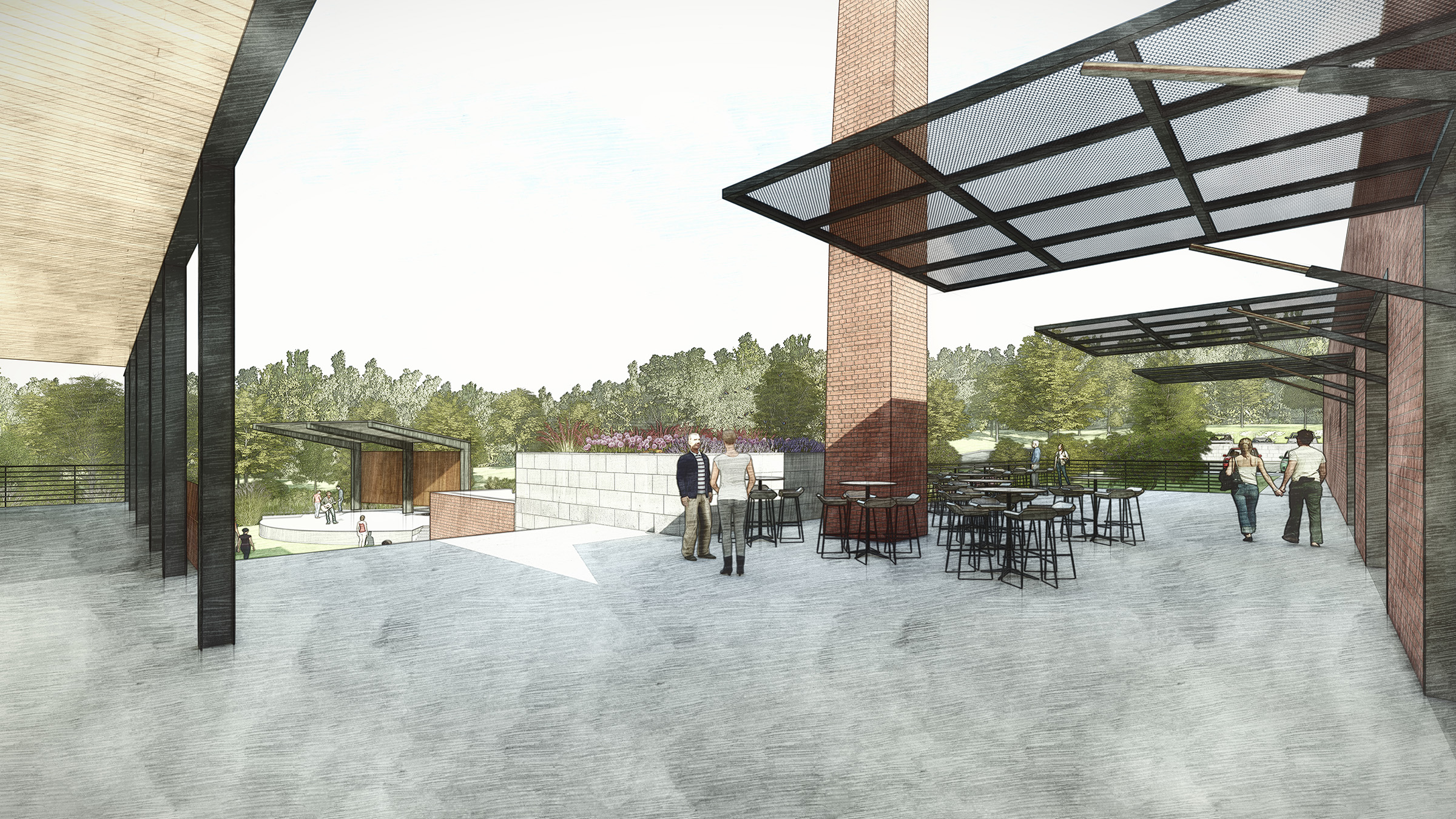 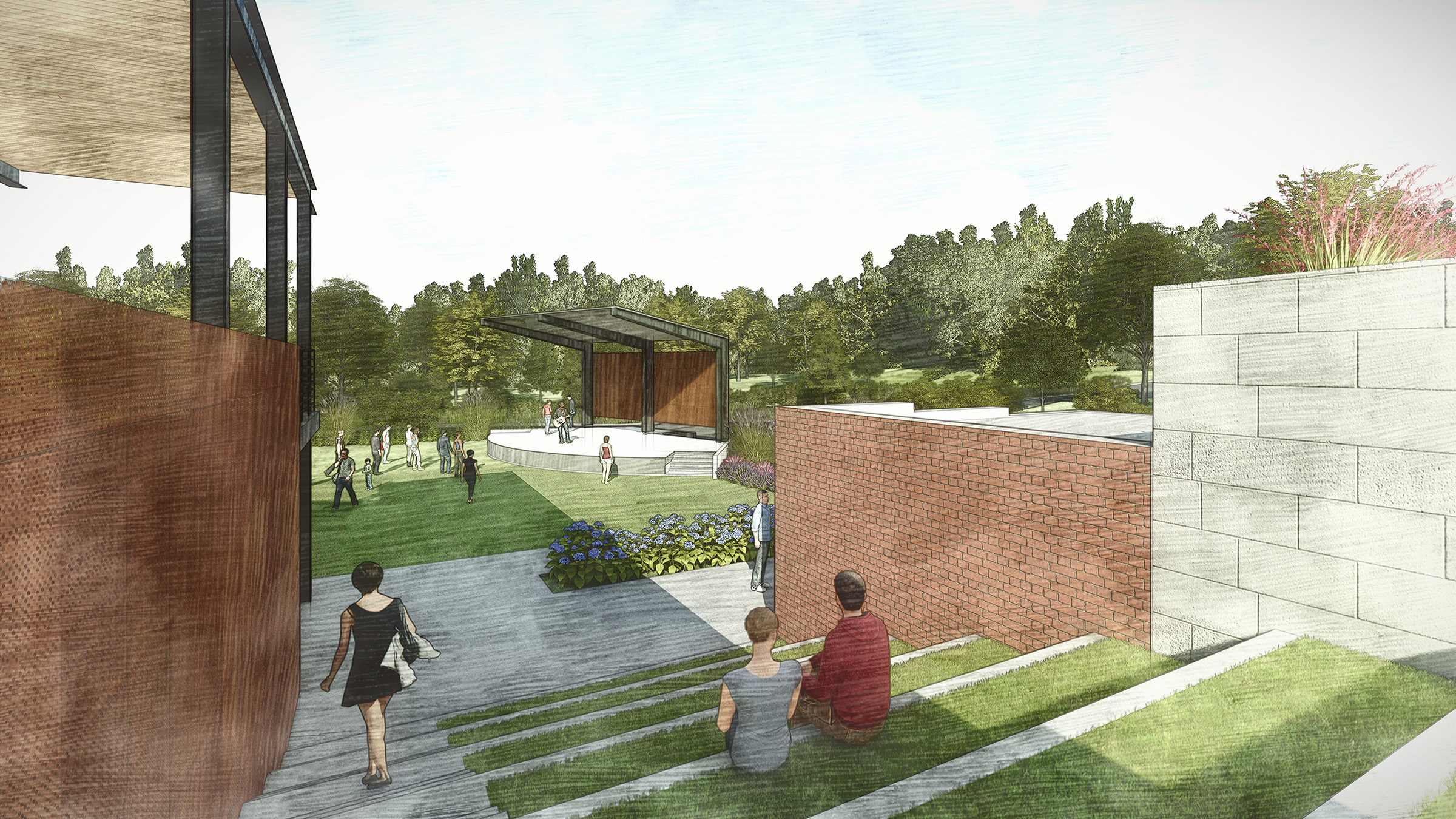 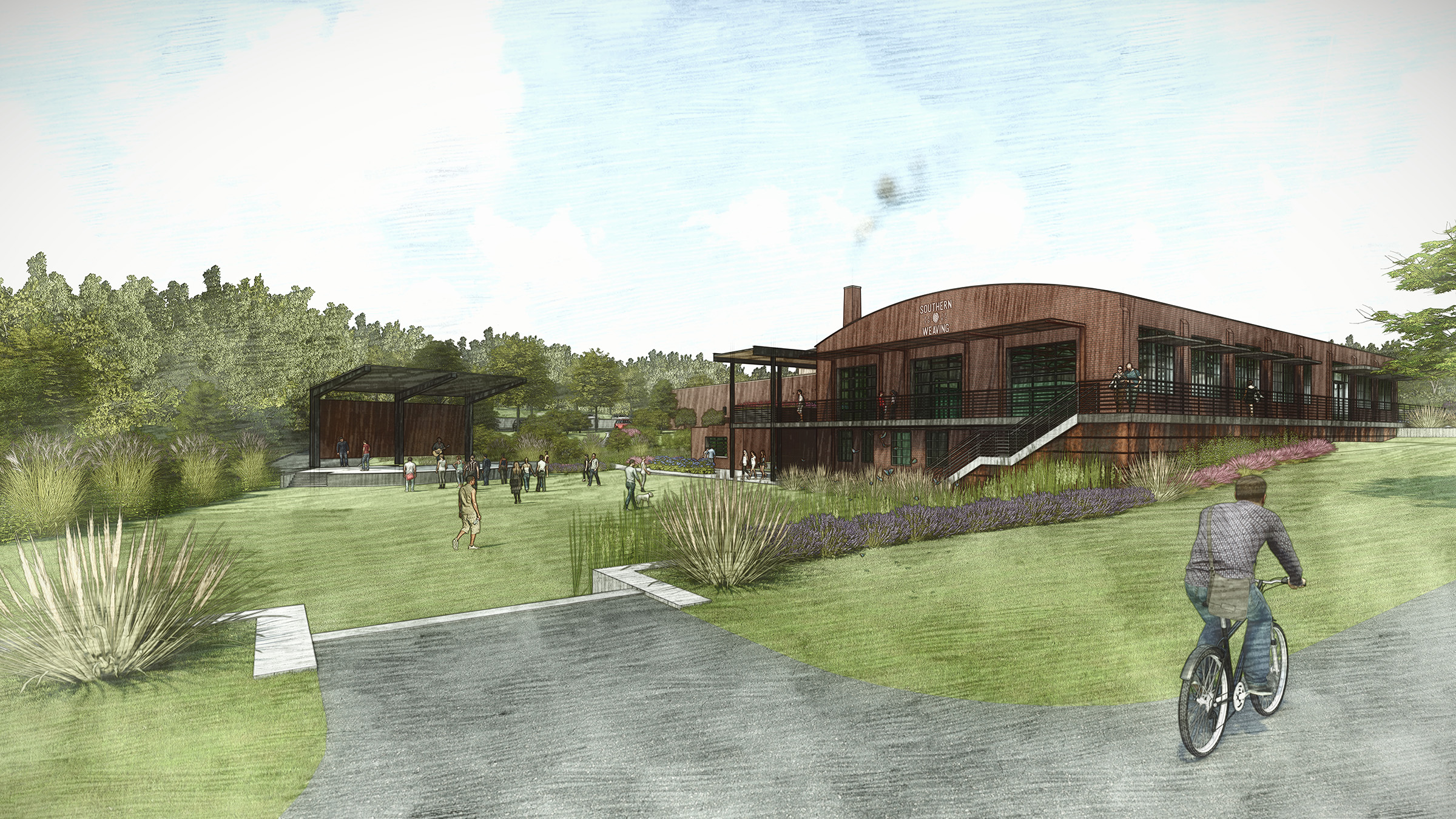